Excessive water has claimed another road in McBride. Andrey Antypov and his wife Anya Antypova had been watching the water levels in the ditch along Horseshoe Lake Road for a few days. They had noticed a whirlpool forming so kept an eye on it. On Saturday afternoon when they were out for a walk, Anya was suddenly shorter than normal, and Andrey couldn’t figure out why it seemed like she was climbing out of a hole. The road had suddenly disappeared under her feet exposing water rushing towards Horseshoe Lake. “It was unexpected,” she said. “I didn’t know how deep it was going to go.” The hole, located adjacent to the parking lot, didn’t start out big, but by Sunday afternoon, (when the photo was taken) more dirt had collapsed and the hole was roughly 3-4 feet wide. Anya confirmed Monday evening that the hole had gotten even bigger. The road has been barricaded for the time being as it is unclear how much more of the road has been compromised. Access to at least one residence has been blocked. 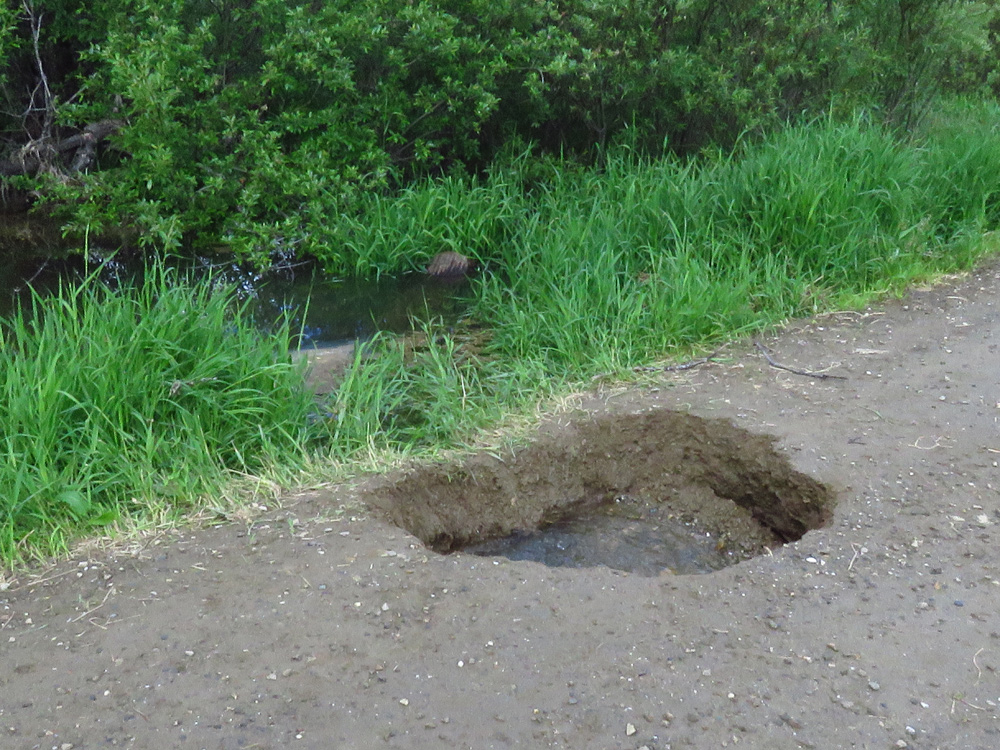