A massive landslide north of Lillooet is having an impact on salmon returns in the Robson Valley. If you haven’t spotted salmon spawning along the local streams and rivers, you aren’t the only one. 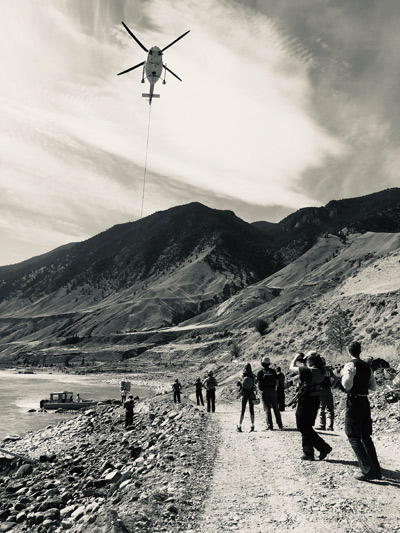 “Three salmon in optimal ratios… that would be barely enough to have one nest fertilized,” Hiroe said.

Salmon are now able to traverse the landslide thanks to geotechnical work done at the Big Bar Landslide and Hiroe holds out hope that some of the fish now making the journey and those that have been transported from below the falls by helicopter will make the trip successfully.

Curtis Culp, a naturalist living in Dunster, predicted that the region’s salmon would make it over the five metre waterfall and while some have, he said it is much worse than he expected.

Culp said local Chinook salmon are big and strong, but the waterfall created by the landslide proved too strong for most.

“It’s bound to have happened years and years past, and they are still here,” he said. “I hope for the best.” 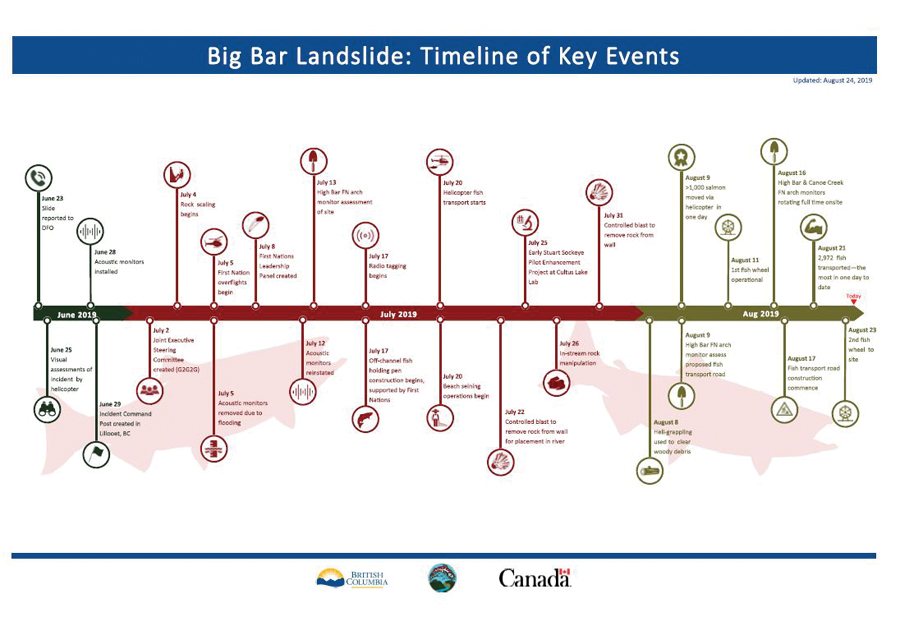 “The average age for fish returning here is eight years from their parent’s spawning,” he said.

Hiroe said salmon have a huge role on the landscape as a source of ocean nutrients.

“Trees have been recorded growing three times as fast that are growing near salmon spawning areas,” she said “They are a cargo of fertilizer going up the river on their own.”

Hiroe said people who come for the talks continue to be inspired by the incredible journey of the fish.

“It’s amazing how people feel connected to that story and the cultural connections to salmon,” she said.