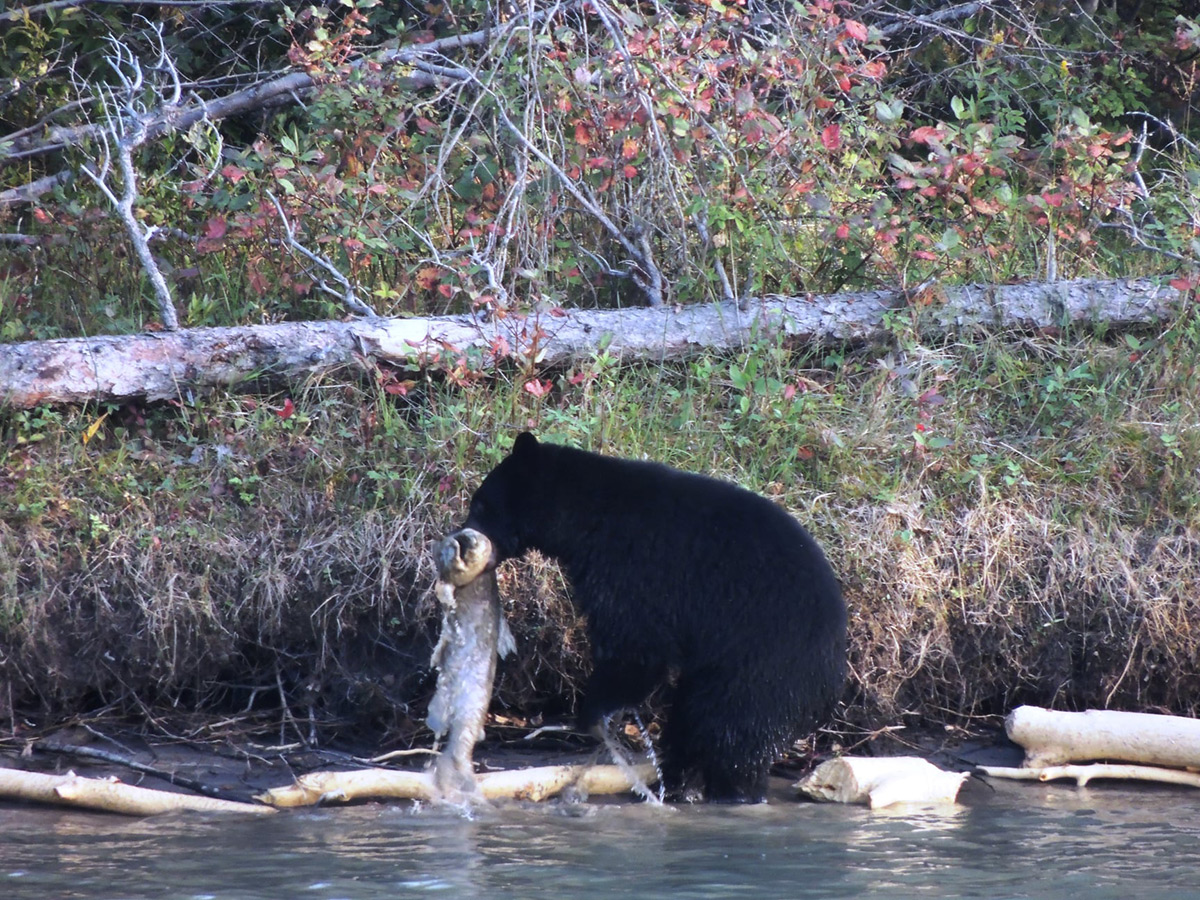 When Kevin Winter floated the Fraser River last year he and his party didn’t see a single salmon.

He knew about the Big Bar slide which blocked the passage but was unaware of the work being done to clear the obstruction to let fish pass.

“I didn’t know anything about the recovery project, I thought that might be it,” he said.

He’s been floating the Fraser every spawning season for 20 years and this year was remarkable.

“I’ve never seen so many salmon in one float trip,” he said.

He takes the trip from the old wooden bridge near the Tete Jaune Lodge to a gravel bar connected to Old Tete Jaune Road – about a 10 km trip.

“They may come in waves, and we might have caught it at the perfect time,” he said.

“The remarkable part about the whole thing there was a larger number in the regular spawning spots, but they were all over the place, swimming at the mouth of Tete Creek, and the McLennan.”

With him was JP McCarthy, a former Tete Jaune resident who worked in the Fraser to help fish pass the newly created rapids at Big Bar.

“We saw more fish (in Swift Creek) than we have seen there in a long time, it was just impressive,” said McCarthy.

The salmon run in this region has recently been classified as endangered by the Committee on the Status of Endangered Wildlife in Canada.

Curtis Culp has been watching the chinook in the region for a very long time and while his contacts in the Department of Fisheries and Oceans aren’t overjoyed with the salmon returns this year, as they are still below what they should be.

“After last year, any that show up is great,” said Culp.

He said classifying the fish as endangered is good.

“Maybe they will leave them alone. There is too much money wrapped up in them, commercial fisheries, sports fisheries, native fisheries. Most of them realize we are short of the Chinook.”

He has hope for the future. “They are a big, tough fish. I’m certainly hopeful they are going to come back.”