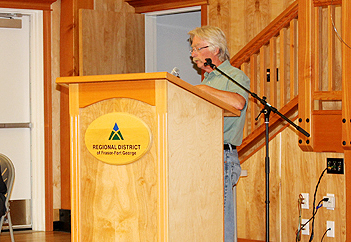 Rick Thompson has won McBride’s by-election for a Council seat. Thompson has previously served on Council. He fills the empty seat on Council left by Bob Callaghan who resigned earlier this year.

Thompson was an incumbent defeated in the general election last November. He was narrowly defeated for the fourth Council position by Edee Tracy. He joins Tracy, Ralph Bezanson and Sharon Reichert on Council with Loranne Martin serving as mayor.