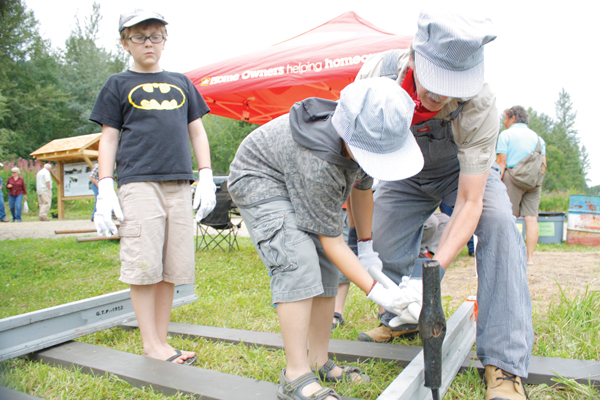 Dunster’s been around for 100 years. The occasion called for a dinner and a dance and a celebratory cookbook and a specially designed tee shirt, and Dunster got them all. A couple hundred former locals came back to town for the occasion, some from as far as Ontario and California.

As part of the weekend, there was a tour along Raush Valley Road, narrated by Chuck McNaughton. “That’s Bob and Phyllis’ goats. They take a walkabout quite often,” he said, when the bus pulled over to let them cross the road. 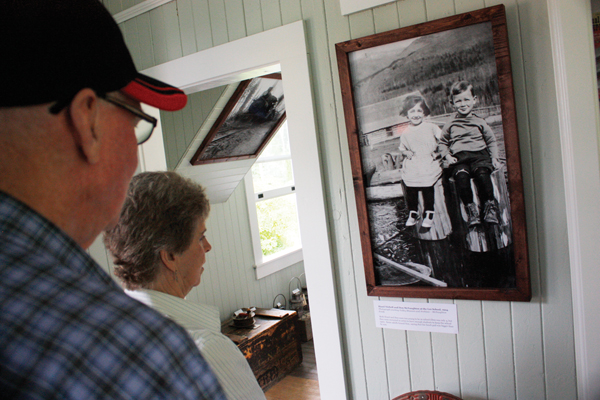 McNaughton summed up the locals as the tour passed their properties: “He’s a mover and a shaker. He’s married to Fred Wall’s daughter,” or “They like to party; real good guys.”
But the most lasting and spectacular result of the centennial is the community’s new railway museum, which is just steps from where people disembark from the train today.
It’s full of fascinating old things. There are untidy devices, little messes of wire and wood and bells, that one discovers to be the technology that made telegraphs spit out words. There’s a gorgeous typewriter and the form an employee had to fill out when they needed more supplies—and the passage of decades makes even paperwork look curious and elegant. 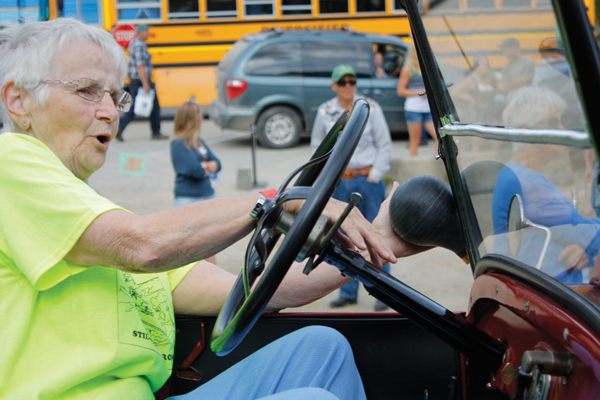 And there’s the crisply restored building itself, which used to be both the train station and the home of the employee who kept the operation humming.
There’s elegant silverware emblazoned with CN’s logo, and two rustic crutches, each wrought out of delicately split pieces of wood. It’s a museum in which one wants to take up residence. It brings the past to life in all its peculiar glory.