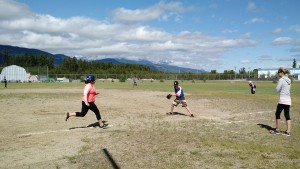 Players from Gr. 4-8 in McBride and Valemount participated in a few exhibition games in Valemount on Sunday.

McBride Coach Debbie Traquair said the games were more fun than competition. “All the kids had a great time while learning some baseball skills,” she said. She thanked the parents who helped drive kids to Valemount including Jenny Shawara and Jen Quam. There will be another tournament with Valemount and McBride teams in McBride sometime in June, the date is yet to be announced. Valemount coach Lynn Lawless says they will be play the RCMP on Monday June 8th from 3:00 – 5:00. The public is welcome to watch. Jason Nash and Kelsey Dawson also coached the Valemount teams. 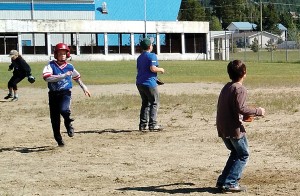