The Rocky Mountain Goat reached out to former Goat reporters, as suggested by a Goat reader, to find out how they are faring during the pandemic and what things are like where they are. The six who have filed stories are spread out across Canada and the globe. All are facing various degrees of restriction – and fear. 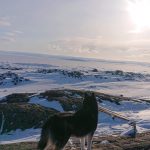 Bright, beautiful sunny days are returning to Iqaluit – it’s the time of year when people start taking long snowmobile rides on the ice. This past weekend, in a park on the coast of the Arctic Ocean on the outskirts of Iqaluit, about a dozen people ambled around, some with kids, others with dogs. You might never guess that people here are taking COVID-19 really seriously.

But we are. There haven’t been any suspected or confirmed cases in Nunavut, but the territory has highly restrictive travel policies. Officials know if the pandemic arrived, it would likely be more disastrous than anywhere else in Canada. There’s a number of reasons for that.

For one, Nunavut relies on health care from the south. Iqaluit, the capital, has the territory’s only hospital, and it’s not fully-equipped. The other 24 communities only have health centres.

The healthcare system here could not withstand the pandemic.

Secondly, chronic overcrowding and longstanding housing crises in all 25 communities bring predictable health consequences: rates of respiratory infections and tuberculosis are off the Canadian charts.

Iqaluit is a government town. So many are working from home, receiving regular paychecks, video chatting with family and friends. A scavenger hunt involving colourful paper hearts in living room windows sprung up the other week for kids.

But many others are feeling the economic downturn and instability. Many show signs of frayed and tattered mental health on social media. Personally, I’m grateful that I can take my dog

Nacho five minutes in any direction from my home, and be on the tundra, far away from other people and thoughts of the pandemic. 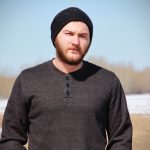 Though Manitoba has not been immune to the novel COVID-19’s spread, this province had the chance to learn from the reactions of other Canadian provinces first hit by the pandemic.

That luxury, in combination with its central location and a lower population, gave Manitoba a head start to combat the spread.

Canada saw its first case of COVID-19 on Jan. 15, but Manitoba didn’t have one until March 12, a woman who showed the virus’ symptoms after recently travelling to the Philippines.

Along with the rest of the country, Manitoba immediately implemented social-distancing strategies and ramped up testing.

The Province originally advised residents not to gather in groups larger than 50, but has since reduced the number to 10, further advising against gathering whatsoever if possible.

The Province has emphasized the fact that testing is just a part of the overarching strategy to combat COVID-19, stressing personal accountability to social distancing strategies.

Since its first case, Manitoba has gone from one case to 96 (by presstime Monday).

Provincial health authorities have attributed the low number of cases—though it continues to grow—to proactive preventative measures including closing schools and public facilities, having grocery stores and pharmacies offer delivery service, limiting the number of customers in grocery stores and having employees strictly enforce social distancing strategies once inside, and (maybe most importantly) self-isolation, etc.

But again, the provincial government has given much of the credit to the population for being respectful and accountable to social-distancing strategies and self-isolating.
While many people in both Winnipeg and its surrounding rural communities can be seen on the streets taking walks and/or going for runs with their families, pets and roommates—with safe distances between them and groups foreign to their household—communities appear to be ghost towns, with little to no visible movement comparatively to recent memory. 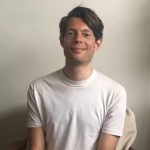 Toronto has become a strange and ghostly place amid the coronavirus outbreak. Now with more than 500 confirmed cases, the city has shut down non-essential businesses, and politicians are begging Torontonians to stay indoors as much as possible. Grocery stores each have a security guard posted at their door like a bouncer at a club, making sure it doesn’t get too crowded inside.

The city is quiet enough to hear birds chirping. Everybody goes to the park now. Joggers, deprived of their gyms, are everywhere. Nuclear families, usually divvied up by modern life, have been reunited.

The pandemic is also exposing the city’s ugly seams. Many rich people have fled to their cottages. Poorer people are quietly panicking about money. Job losses have been staggering, and there are burgeoning movements organizing tenants to withhold their rent this April.

After years of stonewalling, Toronto abruptly found a way to procure housing for many homeless people in the city. Coronavirus is revealing how much government can do when it wants to – and how little it’s been doing up until now.

I work as a letter carrier for Canada Post, and I’ve been grateful for it. I don’t really need the money, and the job puts me at slightly higher risk of contracting coronavirus. But I’m happy to have an excuse to get out of the house, and some structure in my life. The crisis has made me realize how much my I depend on my little routines in order to feel okay, especially going to cafes to do journalism work.

It’s spring now and the weather is gorgeous, but everything feels dirty. It reminds me of when I got bedbugs about ten years ago. My house looked normal, but I could no longer trust the way things looked and touched and smelled. I hope this ends soon.

Frank Green was the Goat’s McBride reporter in 2015. 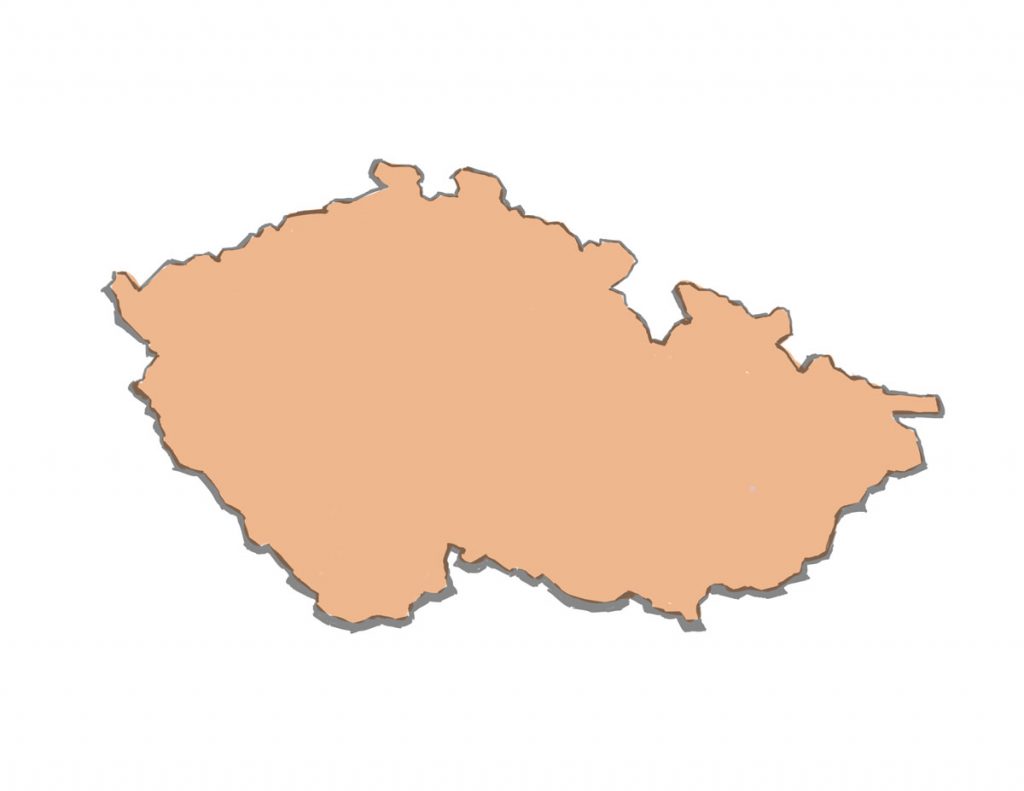 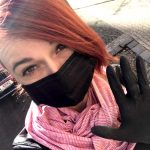 I am currently in Prague, Czech Republic, working as one of the main editors at the news website Aktualne.cz. Because of the COVID-19 situation in the country and Europe in general, the government announced a state of emergency on March 12. People are only allowed to leave their homes while commuting to work (those who aren’t working from home), doing essential shopping or visiting people they take care of. Short walks outside are permitted, but only in a group of two, with the exception for families. And yes, people are going crazy from the social distancing here just like they are in Canada.

What is special about the Czech way of tackling the spread of coronavirus is the mandatory face protection in public. First it was recommended by some of the scientists, then by influencers and for the past couple weeks it actually became illegal to be without a face mask or at least a scarf covering your mouth and nose when in public.

Because of the lack of protective gear available (the government is under huge wave of criticism for not providing even the hospitals or senior homes), people started sewing their own masks from fabric at home. Restaurants, theaters, and senior homes turned into sewing places overnight. There are so called “face-mask trees” where those in need can take a mask made by their neighbors. While these masks are not able to protect the person wearing them from catching the virus, they can partially protect people from spreading it. Therefore the motto is:

Radka was a reporter at the Goat during the spring and summer of 2011. She lives in Prague. 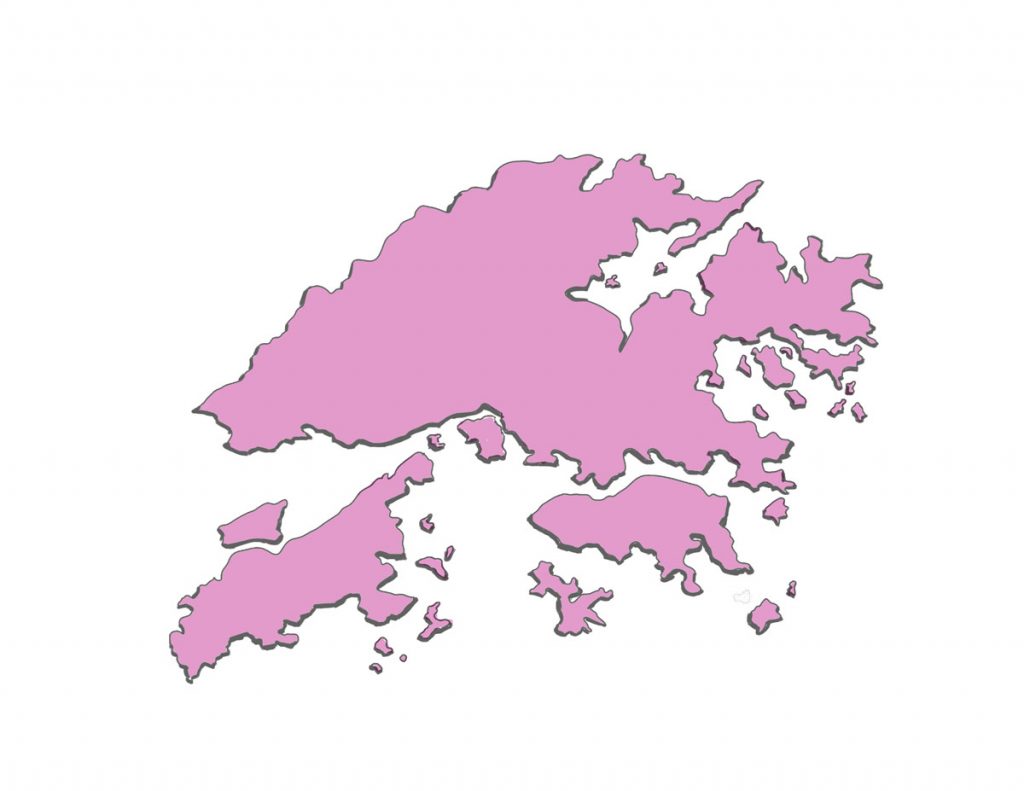 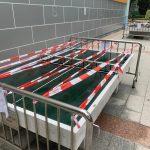 For weeks Hong Kongers have watched the COVID-19 pandemic unfold from a safe distance. The closure of the China-Hong Kong border and mandatory quarantine measures implemented in late January contained the spread of the virus. Even before the government measures, people in Hong Kong were already implementing strict personal hygiene measures like wearing a facemask, constant use of hand sanitizer and hand washing. Restaurants and gyms took patrons’ temperatures each time they entered, and if it was high would be refused entry and told to see a doctor. The normally bustling sidewalks in early February were empty, as many people took social distancing seriously. This led to very low rates of infection in Hong Kong, as up until early March the numbers were under 200 people infected in a city of just over 7 million. People in Hong Kong were feeling confident and as the weeks went on with only a trickle of new cases, people began to go out; dim sum restaurants filled with elderly socializing and drinking tea, gyms were packed, and restaurants and bars open for business.

Since then the spread of the virus globally has triggered a “second wave” of infections as Hong Kong residents returned from Europe and North America where infection rates have skyrocketed. Many of those returning were students coming home after school closures, leading to a doubling of new cases in the past week or so. This has triggered new protocols to stop the spread of the virus. However the implementation has been haphazard and appears arbitrary and random. For instance, as of March 28th, you can go out to a nightclub or bar, as long as you are in a group of four or less, or sing karaoke and play mahjong at a parlour with no restrictions. You can’t go to a movie theater, gym, or use any of the city’s leisure or cultural services including museums, concert halls or sports equipment. Soccer goals, basketball hoops, children’s playgrounds, and even outdoor ping-pong tables are covered in restrictive “no entry” tape.

Josh was a nutrition columnist for the Goat from 2012-2013 and lives in Hong Kong.