Reps from the Regional District were in town last week to spread the word on reducing trash.

Waste Diversion program leader Rachel Ryder says the regional district collected 73,000 tons of solid waste in 2018 from the 93,000 people it serves (9000 tons came from the rural areas). That’s high, she says, and the Foothills Landfill is filling up.

“We want to provide you some ways to reduce the amount of waste that we create and that goes into the landfill.”

Ryder and co-presenter Nathan Hartnett are hoping to encourage residents to not just recycle, but also rethink, refuse, reduce, repair and reuse.

They point to programs like SortSmart.ca and LoveFoodHateWaste.ca as resources to help residents reduce their footprints. One notable idea is the #shelfie: in other words, take a picture of your fridge contents before you go shopping to remember what you already have. Follow @LFHW_CA on Instagram or Twitter or Love Food Hate Waste on facebook for more ideas. 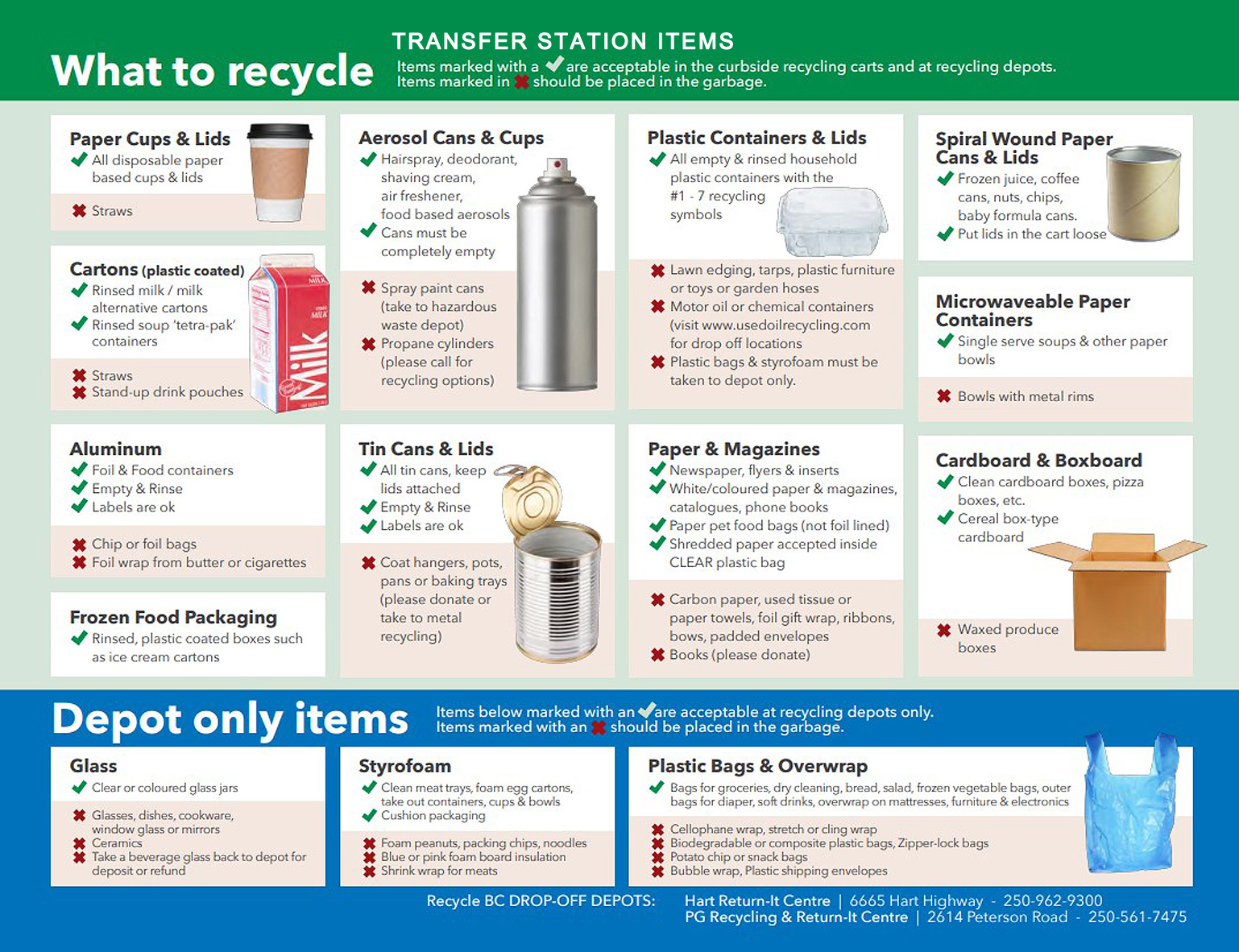 Ryder said roughly a third of solid waste generated in the Regional District of Fraser-Fort George is organics, much of which could be composted in a backyard bin, reducing both the carbon footprint of trucking it, and the landfill space required. Large backyard compost bins can be purchased at cost from the Regional District for $50 (ask at the Valemount & McBride Transfer Stations for availability).

The National Zero Waste Council says 60 per cent of food waste is avoidable, partly through better food buying and storage practices. For the average Canadian household, that amounts to 140 kilograms of wasted food per year – at a cost of roughly $1,100 per year. The Regional District handed out brochures on how to properly store food so it won’t go bad and how to estimate portions when buying new food.

Ryder notes the Regional District now has an agreement with Fortis BC to collect landfill gas, which partially offsets the carbon used to truck material there.

Half a dozen attendees contributed to a discussion following the presentation. Residents asked the presenters why there is no recycling for plastic bags and styrofoam like there is in the city. They also brought up the lack of regulations for industry producing much of the plastic waste in the first place, in many cases giving consumers little choice to avoid it. Also brought up was the issue of appliance lifespan. The Regional District reminded residents that large appliances are now free to recycle at the Transfer Stations and in Prince George.