Clawing itself back from years of mismanagement, poor harvesting practices, lawsuits, financial debt and their remarkable overcut, MCFC is looking alright. Almost worth fighting over again.

For those of us who don’t hesitate to criticize the community forest, it becomes us to admit the complexity of the organization and the environment they operate in. 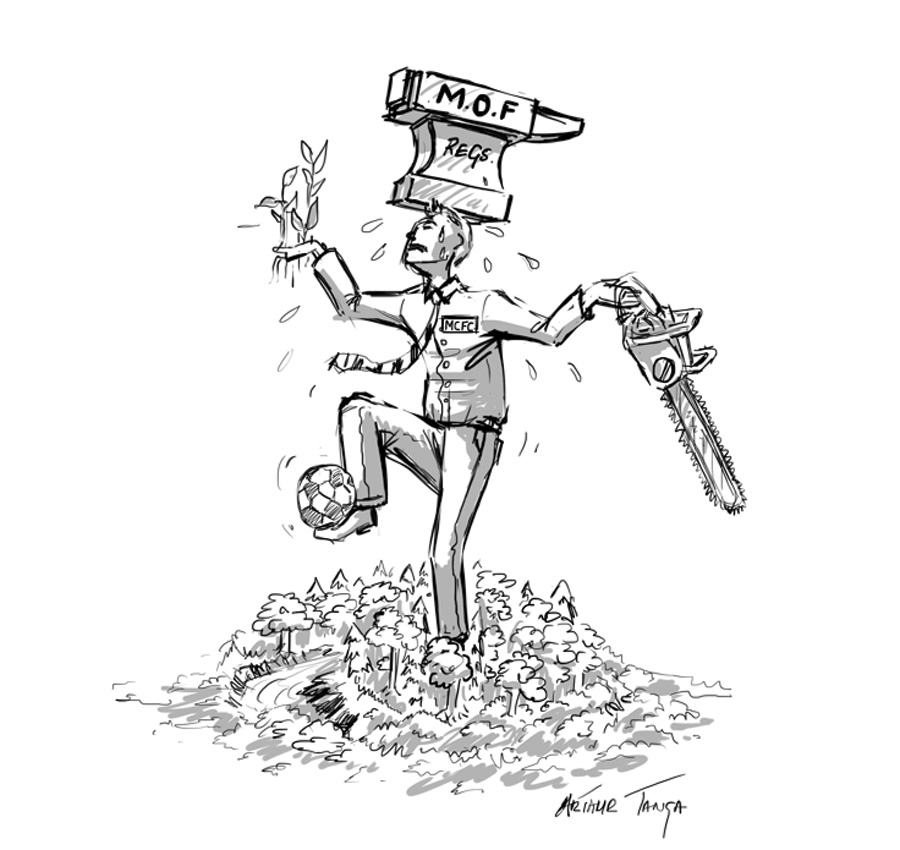 As near as I can tell, the organization has four distinct tiers.

Man, there’s a lot to it. There are quite a few folks who have expressed that they have lost confidence in the community forest, it’s worthwhile thinking about these tiers and figuring out where the concern lies.

I’m not sure if I was alone in enjoying the depth of the reporting. It was nice for a change. When an organization opens up about the challenges facing it, it gives the impression it is well managed. That’s the impression I came away with.

That’s despite the fact that I, like many others, bristled at the requirement to submit questions to the board in a written format. It made it feel like the shareholder wasn’t being straightforward, it could have helped to let people know in advance that this would be the case and it might have prevented folks from drilling down and asking followup questions.

As the complex system that is MCFC gets to a better place it would be nice to get back to open question and answer periods, not to mention more frequent public meetings.

They appear to have a competent interim general manager in Shaughnessy Clausen. He’s got a vision and a plan to move the organization forward. It was nice to see a small amount of interaction between him and Tovi Theil.

They came across as a sharp team who were able to answer a few tough questions that made it through from the crowd.

Clausen identified some problems MCFC was dealing with and proposed a plan to deal with some of the challenges facing the 17 year old organization. Including the aggregated fire hazard from their many many piles of waste wood in old cutblocks. That’s one example. The issues run from the banal to the profound.

The task of managing a community forest, especially one so recently in duress has to be a real challenge. Clausen helped those willing to listen to get a grasp of the complexity of his job and the job held by the past few general managers.

A good management team like Clausen and Theil don’t operate in a vacuum. I don’t think that there are a tonne of cases where good managers thrive in a dysfunctional organization, so the praise doesn’t belong to them alone. Clearly Joseph Rich and the board are providing the support to the team to help that happen.

In fact, Rich could probably send his resume around to organizations looking to shape up, getting MCFC this far along is a feat. Likewise, it’s probably not too much of a stretch to say that the shareholder has provided the board the tools the resources and space to do their work.

MCFC isn’t a perfect organization, but it has come a long way in a few years.