You may have heard an old timer wax poetic about the hundreds of small mills that dotted the countryside between the provincial border and Prince George, mills creating poles, posts, railroad ties, lumber and more. All that and much more was milled right here by any number of small outfits. We’re surrounded by our history; old mill sites are everywhere. Cyclists careening over Swift Creek on the Lebans bridge (built by Art Carson and Andreas Thoni in 2014) are actually racing over an old mill site. Those that take the time to look will see artifacts attached to the bridge in honour of former times of glory.

If you weren’t happy with your job, the story is often told, you could walk out the door and down to the next mill and get another one.

It’s an era long gone and quickly fading from memory, but author, photographer and historian Leonard Lea Frazer is hoping to record it before it’s too late.

Frazer was in Valemount last week looking for leads, photos and great tales from those days of yore.

Frazer has published thousands of pages on local history and was a key organizer for the local history book called “The Yellowhead Pass and its People.”

“It’s about the rise and the decline of the sawmill industry,” said Frazer, in an interview at the Goat office last week. “I came in the 70s. When I arrived in Valemount here, there were 13 sawmills.”

Seventeen years later there were only three sawmills left, he said.

Frazer has his own account of finding work at that time. By all accounts it was not a punishing endeavour.

That morning he looked himself in the mirror and vowed to find work. He carefully made a list of five places where he would enquire. He steeled himself for rejection and walked into town.

On his way, Arni Nordli saw him walking and pulled over.

“Can you run a chainsaw?” asked Nordli.

Frazer said he could, and Nordli outfitted him with a brand new, albeit smallish chainsaw and spent the next months clearing the line of site on a right of way for a track doubling project for the railway. 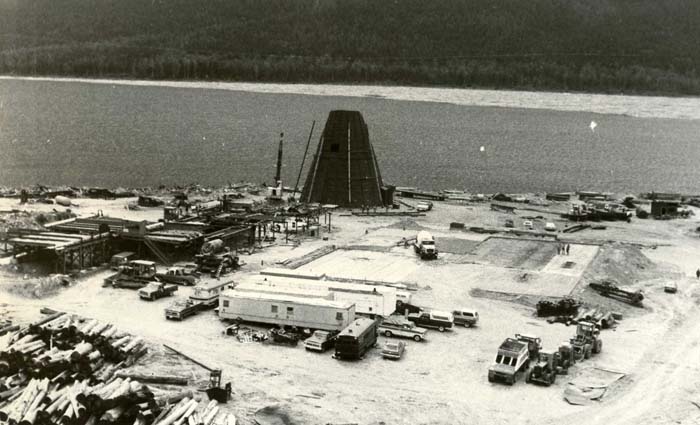 As a historian, Frazer has a special perspective since he was part of the action. He said things have changed dramatically. In the 1970s he said the community was much closer knit and was largely opposed to tourism or anything that constituted an outside influence.

“The talk of tourism was a threat to most local people,” said Frazer. “Tourism was seen as an outside influence.”

He said that for about the first two years he was here, people would examine him carefully.

“People would slow down and have a look when they passed me on the street,” he said.

Frazer said the reason for the sudden push on the book, a project he’s been working on for decades, is because he’s got the time.

Frazer has a lot to work with. He has gone through local newspapers throughout time, collated the references to mills from the local history book. Now he wants to put that into chronological order, and tease out any stories that may have come up to the surface.

“I want to make it a readable engaging history, so individuals can see where they fit in,” he said.