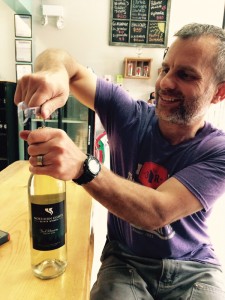 The Province is lowering the mark-up rate as much as 25 per cent for small and regional breweries.

“The significant reduction in the mark-up rate for craft beer products provides Three Ranges Brewing, and other small breweries, with the improved conditions they need to grow and thrive,” said MLA for Prince George-Valemount, Shirley Bond.

“With its great selection of beer and welcoming atmosphere, Three Ranges Brewing has made Valemount a popular destination for craft beer enthusiasts.”

Owner and brewmaster of Three Ranges Brewing Co., Michael Lewis, said the biggest change with this announcement comes to the remittance system.

Under the previous system, Three Ranges was required to hand over all its revenue for a week to the liquor board, as they took the tax portion out and handed back whatever revenue was left over.

Now microbreweries will be able to keep that money in their pocket, Lewis said.

“It’s the only business I know of in the free market economy that worked like that,” said Lewis. “This will allow us to keep more money at a time when it’s really crucial for us.”

The mark-up reduction will help offset some of the financial strain caused by last year’s price change, Lewis said, where the BC government introduced a wholesale pricing model.

The model saw Three Ranges Brewing Co. lose 44 cents per-six pack when sold at their business, while across the street at the provincially regulated liquor store, the price had gone up 73 cents, Lewis said.

“This will help put us on an even keel to where we were previously,” he said.

One change Lewis would still like to see a break in taxes at a lower threshold – somewhere around 5,000 hectoliters.

Last year Three Ranges produced 421 hectoliters; he says they are on track to produce about 700hl this year. Currently they are being priced and taxed the same as many larger scale breweries. He said it’s an unaccounted discrepancy in the system.

Lewis said it’s unlikely prices will go down, but the announcement will help him and his wife to grow their business through reinvestment, job creation and the ability to prioritize his business’ needs.