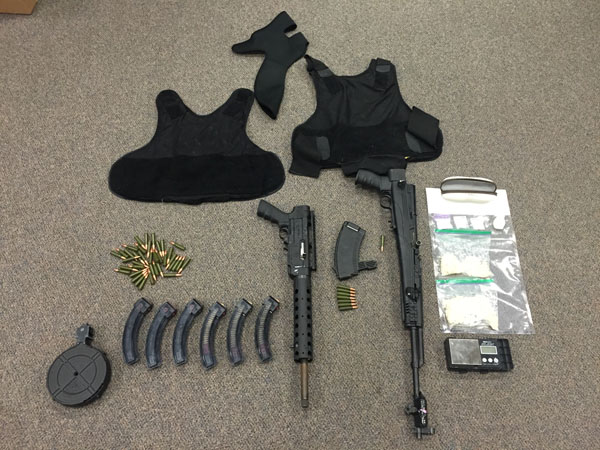 On January 24th Valemount and McBride RCMP were conducting a road check near Tete Jaune. As the officers were finishing up the road check a red pick-up truck was observed swerving over the center line and the vehicle was stopped. The driver, a 39 year old Edmonton man, provided a false name and was arrested for Obstructing a Police officer. The subsequent investigation revealed the driver was prohibited from driving Canada wide and a search of the vehicle uncovered; 140 grams of Methamphetamine, assault rifles, prohibited magazine, body armour, and a balaclava. The man was held in custody and is facing multiple Criminal Code and Provincial charges including; obstruction, possession of a controlled substance, possession of body armour, possession of a prohibited device, unauthorized possession of a firearm, carless storage of a firearm, possessing a firearm while prohibited, loaded firearm in a motor vehicle, and several other firearm related and breach charges.