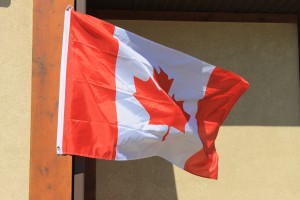 Dome Creek didn’t get a ballot box for the Regional District election last fall. Crescent Spur hasn’t had a box for years. And some of their residents say it makes them feel like second-class citizens.

Residents in the community of a few dozen people can’t even vote by mail, said Julie Zammuto, Crescent Spur’s postmaster. The same population loss that lost them their ballot box also cut the post office down to three days a week. That means the ballots don’t arrive soon enough for residents to mail them off again before the election.

“I’m the postmaster, so I know this doesn’t work. It’s crazy,” Zammuto said. “As soon as we got them we sent them. And it still didn’t make it in time.”

That means people have to take the time and bear the expense of traveling scores or even hundreds of kilometers round trip to the nearest polling station. And the cost and inconvenience means some people don’t vote, residents said.

“Our numbers are low, there’s no denying it,” said Gary Cowell, a former deputy elections officer in Dome Creek. But it felt like elections officials had told the community to “shove it” when they lost their box, he said. “They just decided one day that we weren’t important enough to have a poll.”

The Regional District didn’t have a poll in Dome Creek because of the “logistical challenges,” said Chief Election Officer Karla Jensen. It costs about $1,000 to set up a poll in a tiny rural community, but Jensen stressed that cost was the last consideration. It’s just hard to retrieve the ballot boxes in time to count the votes with the rest of the District’s.

“It’s not about the cost. It’s about the ability, given our geographic region,” Jensen said. “It’s challenging to get the ballot box in a timely fashion.”

To be sure, this isn’t affecting very many people. In the 2011 Regional District election, the most recent in which Dome Creek had a ballot box, no more than 14 people voted—the exact number is unclear because totals get combined when there are very few voters, in order to try to preserve people’s anonymity. Some 68 people are estimated to live in Dome Creek.

But it could spread to other communities. Just 23 people voted at the Tête Jaune Community Hall in the 2011 Regional District election, for instance.

It’s also ethically awkward for politicians to publicly fight for a community’s right to a ballot box because it could be seen as tampering with an election, which may make it harder for a community to get one back again.

Rural voters are overrepresented in Canadian Parliament, according to research from the Mowat Centre, which calls itself “Ontario’s voice on public policy.” That’s because rural electoral districts often have fewer people in them than urban and suburban ones, but send one representative to Ottawa just the same.

There’s no minimum population requirement for a community to get a ballot box, or a maximum distance someone can be forced to travel to vote, according to Elections BC and Elections Canada. It’s all up to local officials.

So while Dome Creek didn’t have a polling site last fall for the regional district election, they almost certainly will have one for the upcoming federal election—the local elections officer is in “final negotiations” to rent the community’s Recreation Centre, said John Enright with Elections Canada.