Joe Nusse hatches a plan to start a newspaper. Advertises for a business partner. Enlists Laura Keil as Editor & co-founder of the propspective publication.

Joe and Laura correspond via phone and email (Laura is finishing her school in Ottawa) and come up with a name for the newspaper – The Rocky Mountain Goat.

Laura arrives in Valemount and meets Joe for the first time. The countdown is on for the 1st issue. 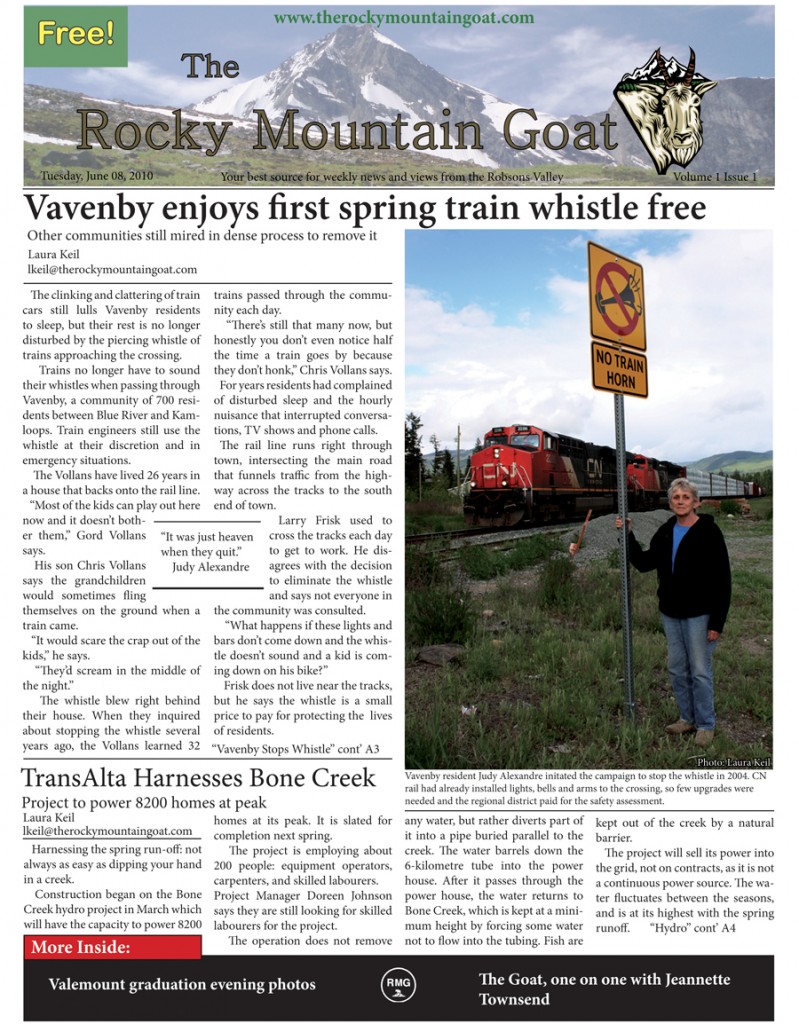 The first issue of the Goat hits the stands! It is 12 pages long. It includes stories about Vavenby banning the train horn in town, Yellowhead Helicopters, an interview with then-former mayor Jeannette Townsend, the Bone Creek Hydro project and Valemount Grad.

The Goat puts out its first 16 -page issue, a special Christmas edition.

The Goat changes from its broadsheet format to a square tabloid format after switching printers from Kamloops to Prince George.

Laura takes over operations of the paper with Joe Nusse remaining a minority shareholder.

Many people have worked for the Goat over the past 5 years and many people have contributed. The list is too long to mention here, but special thanks goes to past staff/contributors Linda Goodell. Raquel and Myriam Medina, Radka Zitkova, Clair Harford, Daniel Chiasson, Chris Parker, Thomas Rohner and the rest of our past contributors!

The Goat celebrates 5 years since its first issue!