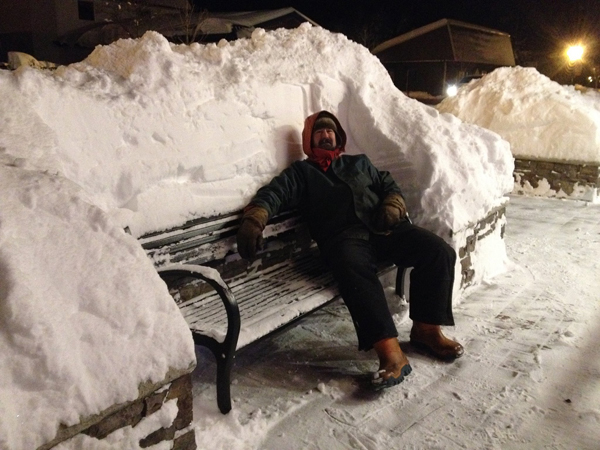 After another long day of shoveling, Valley residents have still only made a dent in the near-metre (~2.5ft) of snow that fell between Thursday and Friday morning. Many residents are out of power – some 1100 in McBride, Dunster & Dome Creek & Crescent Spur, about 10 in the Valemount area, and 70 between Tete Jaune and Mt. Robson. Some residents have been out of power for nearly 24 consecutive hours. With temperatures plunging tonight to -27 in Valemount and -33 in McBride (with windchill making it even colder), many residents have been offering their homes and B&Bs for anyone whose place is still in the dark & getting colder. With no power, McBride and area residents have not been able to fill up on gas for their generators, snowblowers or cars. Worse still, BC Hydro is now saying it may be 2pm tomorrow (Saturday) before the power is restored. We have received reports that some residents’ power is back on, but it’s likely going to be a long night for many Valley residents. This is one snowfall that will go down in history.