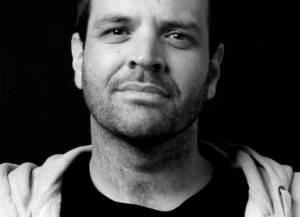 On my final day in Valemount I helped a friend dig a grave for his terminally-ill dog. His dog has always had an aura about her of kindness and contentment. My friend has spent a decade with her and, understandably, is devastated. Seven feet down we dug. We talked about soil chemistry and glacial deposits. We talked about the things his dog liked to do and eat. Sometimes my friend gave way to grief.

I won’t be here when my friend’s dog is euthanized this week. I took a job offer in Iqaluit. My stay in Valemount this summer was too short, only six weeks. I was here last summer for over three months. But I was drawn back, and it could happen again.

“Communities in the valley are suffering because of a lack of population,” a farmer near Dunster told me. “There’s no new people moving in because some people who own land won’t rent out the houses and they won’t rent the land out. They just buy it, shut it down and that’s it. There’s vacant houses all throughout the valley… they’re just rotting into the ground.” This particular farmer has lived in the valley some 30 years. He, and others in the valley, especially near Dunster, are trying to figure out how to deal with the problem. He wants more local decision-making power. “I don’t want to see decisions being made outside of whatever area we’re talking about,” he told me.

“How long are they gonna sit on the land, that’s what I want to know,” another farmer in the Dunster-area said to me. He was venting fear about companies like Fraser River Landholdings Ltd. (FRLH) buying up property, and not explaining themselves or entering into meaningful dialogue with concerned locals. Which is the company’s right. But this particular farmer has been in the valley for generations and when he says he’s concerned about his “community,” the word has a different meaning than when FRLH says they contribute to the Dunster “community.”

My guess is the farmer’s definition of “community” understands what it’s like to help a neighbour with a dying animal. Another guess is that, regarding community, FRLH only wants to say the politically correct and legally advised things to say, as they have done thus far in their communications with this reporter and the Dunster community.

“What do we want our community to look like in 50 years?” somebody at the Dunster Community meeting said last week. I don’t know how long she’s been in the valley for, but she was thinking about those yet to pass through — and maybe even stay a while in — this beautiful valley.

Three nights in a row, while bartending, I spoke for hours with a man passing through and staying at a local hotel. He was a great listener, an engaging audience: genuinely curious and sympathetic, intelligent, creative with a sense of humour. He helped shape some of the stories I was working on at the time. I’ve forgotten his name, but I’d know his face in a second, which made me wonder: is knowing somebody’s name enough to say you know them? What if you know only their face? How long does somebody have to stay in one place before they’re no longer simply passing through?

CBC radio aired an interview with an American artist last week who has a condition where he can’t remember faces. Even women he’s lived with for years, been married to. “It can create some tension,” he said. I can imagine so. But that doesn’t mean he didn’t know these women, intimately, he said.

Not to get too philosophical, Zen, New Age or abstract (a la Cheech and Chong), but aren’t we all just passing through? Cycles, an ebb and flow; time passes, changes some things more quickly than others. If I have the good fortune of returning to the Robson Valley and writing for The Goat again, I’ll call this column Passing Through, Again.

About this column: The Robson Valley sees its fair share of transient people. Contractors from different industries who live in nearby communities, international tourists, Canadians making a ritualistic cross-country trek, cyclists, bikers—people from all walks of life and every corner of the globe. Last summer in this column The Goat presented sketches of our short-term guests, observed and written by a transient himself—Thomas Rohner who was our intern reporter. Rohner joined us again this summer for a few short weeks as a freelance investigative reporter. In August, he’ll start his new job in Iqaluit, as a crime/community reporter for Nunatsiaq News.
Before he left, he shared some thoughts on what it is to pass through.