Five years ago…
Revelstoke Mountain Resort
opened to the public.
A real estate bubble, mass out and
in-migration, a housing crunch,
widened town boundaries… all these
led to a deeply changed community.
As Valemount peers into its own destiny as a
resort community, what are some of the pitfalls
and challenges it may hope to avoid?
Below is part one of our two-part series:


Anna Minten is one of the lucky ones. She owns her own home and no longer lives with roommates.

Her home is 8ft x 20ft and has wheels. It’s not an RV, but a house with proper siding, a composting toilet and solar panel. A generous older couple lets her park it on their property for a minimal rent about 15 minutes outside Revelstoke – a little further than she’d like, but the city doesn’t allow her house in city limits.

In the midst of an ongoing housing crunch in Revelstoke, Minten’s house on wheels fills a gap. Nearly everyone in Revelstoke, including the mayor, can tell you a story of eight to twelve seasonal workers sharing a single room – some of them sleeping in closets – because they can’t afford the rent.

When Minten started building her place a couple years ago, not many others were doing the same. Now, she says, it’s become a huge fad. An article on her house by the Revelstoke Times-Review was rated the top viewed post on their website for 2012.

But even Minten’s house isn’t perfect; she’s 15 minutes from town. Because of squatters, the City made a bylaw that you can’t have an RV parked in your driveway, even if it’s your own, for more than three weeks at a time, unless it’s hidden from eye’s view.

“They don’t want to encourage the camper village, but it was filling a need for people who didn’t have housing,” Minten says. “It’s so funny that they’re only trying to build these super fancy Whistler-looking homes.”

Minten says you look at the Atco trailers brought it when the ski resort was built for the construction workers and she sees a bit of a double standard.

The resort is required to allocate 10 per cent of total bed units at the resort to employee housing, but it’s not enough to meet demand.

Minten moved to town in 2008 to teach snowboarding at Revelstoke Mountain Resort. It was the same year the economy crashed. The mill could only run so many shifts, many were laid off by CP rail; Minten says the ski hill was the one thing that brought money into town.

But the crash didn’t offset the housing inflation. In October 2011, a CMHC Rental Market showed that compared to other small centres in the BC Southern Interior (Merritt, Oliver, Osoyoos), Revelstoke had the highest average apartment rental costs.

Retail worker Jill Casson says she’s getting a deal on her place – just $1600 plus utilities for a 3-bedroom house with 80s decor that used to be a marijuana grow-op.

The 25-year-old moved to Revelstoke with her partner a few years ago. Her spouse works for CP Rail and enjoys sledding. Neither of them skis or snowboards, but they enjoy the youthful atmosphere.

But she says she doesn’t see how Revelstoke can sustain itself.

“It’s a young and active town but no one can afford to live here. As a woman especially, I find that if you’re not working for CP or the City, then you’re making minimum wage in retail unless you’re a store owner.”

“I couldn’t imagine being a single mom trying to live here. There’s absolutely no way.”

Revelstoke Mayor David Raven says prices for some houses tripled when the resort went in. Affordable housing has been “a real challenge” for the City.

In 2006, the City commissioned an Affordable Housing Strategy. It found an ‘affordability gap’ when housing prices significantly outpace wages. Lack of affordable housing was also the primary reason cited by employers in resort communities for employee shortages.

The City has tried also to accommodate more secondary suites, but even Raven has heard of 12 people living in the same room.

While he admits the economy may have something to do with it, he also chaulks it up to exaggerated expectations.

“I think people get worked up about something like the ski hill – there’s no perspective for them. They think every development is going to be like Whistler, that people are going to come and the price of real estate is going to go sky high.”

It wasn’t just Revelstoke residents with those expectations. The American developer was also banking on huge returns, Hamilton says.

“Those were the days of the gold rush. He was paying everybody 30 per cent more than they were actually worth. He was flying into town on his Lear jet. Everybody was drunk. And then all of a sudden the tap dried up.”

But while house purchase prices have come down, it’s affordable rental housing that is still in critical demand.

“We’re basically at 100% occupancy,” Hamilton says of the winter season. “You can’t rent a place in town.” 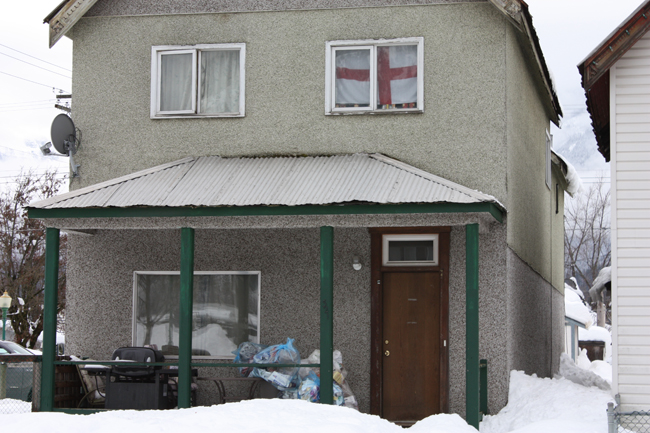 A 2012 poverty reduction report said accurate numbers on the number of units and rate of occupancy for all rental housing in Revelstoke were not available. In 2008, the year after the resort opened, a report noted several poorly maintained accommodations kept the vacancy rate artificially high – it hovered around 1 per cent during the busy season. Aging and poorly maintained rental housing was noted to be an ongoing issue.

For responsible homeowners, however, there is some opportunity.

After trying unsuccessfully to sell their house, store owner Deenie Ottenbreit and her husband moved back into their home, and decided to rent out the condo they had been living in. They started up a vacation rental business in November, renting out the condo for a few days or a week at a time. She had 115 inquiries in the first two weeks.

Ottenbreit says it has been very profitable so far. She has rented it to people from New Zealand, Boston, Alaska and elsewhere.

She says the real estate market jumped around the time of the ski hill starting, which was a benefit to the sellers not the buyers.

“It’s taken its time to come down again.”

The prices are still higher than it was before, especially properties in the downtown core. She says before the boom, you could pick up a house for $70-80,000.

For Anna Minten, she finds her arrangement with her landlords very fair. She pays for hydro and helps out the property when they need it, watching their chickens and dog when they go away.

“It helps build community,” she says.

An episode from the grocery store when she first moved to Revelstoke still sticks in her mind, however.

“I went to the grocery store after work in my uniform. An old lady shook her cane at me and said ‘It’s because of you my town’s been ruined!’”

Minten says she is sorry that the ski hill and her coming there have done that.

“She’s having a hard time paying her bills because land taxes went up,” she says. “For those who are already struggling, it’s going to be more of a struggle.”

She says Valemount should put in place a system to help people in need before any of this happens there.