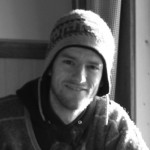 I believe that the skate park was a waste of money! Please hear me out. It was used for a while. When it was new, there were dreams of expansion and promises of reduced drug use amongst teens. Here we are few years later, and I have yet to see any youth using the flat piece of concrete when I have driven past. Now I admire the effort that went into the park. But ultimately, it was $50,000 that has not served its intended purpose. The truth is, a skate park which sees continual use costs well over $300,000. A town needs to be the size of Hinton before this is remotely possible.

The reason why I am picking on the skate park is not because I have an issue with it so much as it was the most recent huge expenditure by our town. On the way to the skate park is the arena. The arena has a flat concrete surface. This surface does not have ice on it for at least six months of the year. Reversely, the outdoor skate park is unusable for six months of the year. Why does our town have so many underused facilities? Why couldn’t we have purchased a movable half-pipe and opened up the vacant arena building once the ice is no longer maintained? Beside the skate park is a ball diamond. Our town once had a very active softball and fast pitch program. Why aren’t our kids participating at the levels they used to? Granted, our population of kids has declined sharply since I was in grade school in this town, but I think there are other forces at play here.

I have in the past taught music lessons, not just in Valemount. I noticed a very predictable trend. A kid would ask his/her parents for a guitar and lessons. The parents would spend $300 on a guitar and $15 per hour on lessons. The kid would take four lessons and be extremely enthused. Then suddenly practicing would stop, and the kid would drop the lessons. For a while I felt that perhaps I was a bad teacher. Perhaps I was not making it fun enough for them. Then one day when talking to a parent it dawned on me. The parent was consulting me on how to get her kid to practice. Then she said, “He would rather play guitar hero than practice his real guitar. We paid a lot of money for the guitar, and now he will not even touch it.”

Bingo! That was it. The problem was the kid was seeking instant gratification. He started playing guitar hero. He found the desire to perform and have a crowd love you, but when reality hit home on how much work it really was, the kid suddenly gave up and decided to settle for a virtual sense of accomplishment. It is too bad because I have played in bands in front of 500 people. The feeling is amazing. And I only wish I could convey to these kids how much better it is than Guitar Hero! But, make no mistake, they will never get there without hard work.

Parents: stop buying your kids video games! It is killing their self-motivation. It is killing their sense of reality. It is even killing their health. Do you want your kid to snowboard for real, or play video games where they can pretend to bust moves in a half-pipe? Do you want your kid to play guitar for real, or do you want them to spend the rest of their life wishing and pretending they can? Youth initiatives are not about building kids a youth centre. We had one. Some kids preferred to practice under-age drinking in their own basements instead. Youth initiatives are not about building a skate park in a mountain town. We have a great hockey arena. We have great soccer fields and ball diamonds. We have an amazing high school gym and theatre. We have a mountain paradise that will install self-confidence in any kid who is introduced to the mountains and how to enjoy them safely. If it seems like a lot of money, start by axing the Wii.

Youth initiatives are about teaching youth how to start enjoying the realities of life, and the fulfilment that comes from accomplishing something real. Youth will never know what a good ski run feels like until they walk up a mountain to get only one amazing run in. They will never know what it feels like to play music in front of an appreciating crowd unless they first make themselves learn scales. I see an awful lot of wasted talent whenever I see kids gathered around a TV pretending to do something with their life. Am I being harsh? Yup! You will never be a rock star unless your finger first bleed from practicing. You will never win a marathon without vomiting from interval training. You will never become an artist without destroying your own failed works in frustration. You will never become a writer without a mentor to rip your work apart.

Youth, there is an amazing world out there full of possibilities. It starts right here at your doorstep. You are of a generation that has more possibilities than any before you. You are so much luckier than your peers from the city. Get involved in the outdoors. The mountains here offer a paradise you will not find anywhere else. The harsh realities of life can be brutal, but overcoming harsh realities is what gives this life purpose, and you will never find this purpose playing Guitar Hero. Youth and parents have a whole lot to learn from each other. Part of this is knowing as parents when to let go and let your kid go hiking, climbing skiing, and globe trekking without you. Nobody said that this life was without risk. Let’s teach our youth how to manage it.