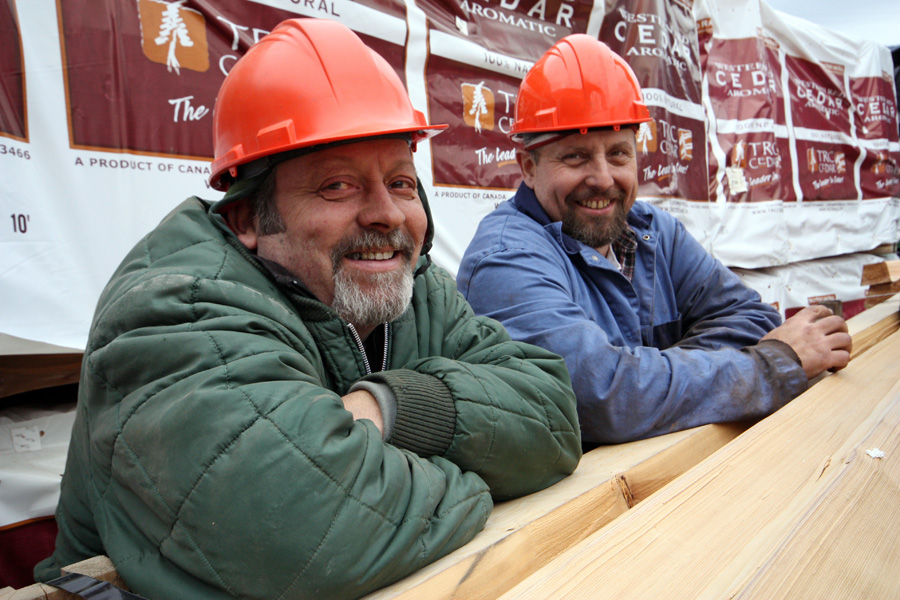 It was a hopeful day in McBride on Monday as workers, politicians and investors cut the ribbons to re-open two mills—TRC Cedar and the old “March Brothers Mill” now owned by National Choice Bio Fuels Industries Ltd.

While the small National Choice mill can only produce 25,000 to 35,000 board feet per day, it is just the beginning in what CEO Denis Pelletier says he hopes will one day be a fully-integrated operation that will include biofuels.

“Initially, we have six people getting this mill going. Within a few weeks, in total we will have 11 people plus some people supplying us with wood,” he says.

The mill will produce cants – rough timber with some rounded sides – for North American markets as well as rough-cut lumber for Chinese markets. Pelletier says half of the company’s production will be bound for China out of port in Vancouver. The rough-cut lumber will be used in China mainly for construction purposes, such as concrete forms.

National Choice’s log supply will come from a combination of private sales and the McBride and Valemount community forests. He says the company may consider small private sales if the wood fits its needs. National Choice will be using all softwoods and will be milling beetle kill pine as well. It uses short logs cut to length at 13.5 to 14 ft. Pelletier says he expects to process two thousand cubic metres per week.

The small operation was welcomed and celebrated by most involved in the valley’s timber industry, but Pelletier says he has more bold plans. He says National Choice will be looking for a solid biofuel plant to address the waste that comes with the production of wood in saw mills.

“Biofuel plants do not work economically on their own,” he says. “They need to be closely tied to sawmill productions.”

If the company can secure a future mill site large enough to accommodate a bigger mill and a solid fuel (wood pellet) plant, he says he hopes to integrate a biofuel power generation plant as well (co-generation). Several other larger local sites have already been explored.

For the short term, wood waste from the mill is going to be stored offsite until it can be processed as biofuel. The most recent round of softwood trade disputes with the United States will not affect his winter operation, Pelletier says, but he sees expansion of the Chinese market share as key to his operation’s future.

“Our share of the Asian market that is currently available to us is substantially larger than what we can even supply at this stage.”

Pat Bell, Minister of Forests and Range, was also present to open both mills.“We have made tremendous headway in getting into the Chinese market,” he says, noting that this mill is the fourth in the province that will be sending the bulk of its product to Chinese markets.

“China is the future of B.C.’s forest industry. There is no question that is the transformation that is taking place.”

Small operations, Bell says, will play a key role in this new market. He credits much of the success in getting the small mill going to the McBride Community Forest.

“This could not have happened without the McBride Community Forest. It was one of the very early community forests in the province. It has set an example.”

When you see a small mill in operation, he says, you know it is because the local mayor, council and community forest director have worked hard to figure out how they can supply fibre to the operation.

“Without that direct local access, it would be far more difficult.”