We live in an age where many communities are underserved by journalists. In some, no working journalists cover events in that community. In Prince George, the ‘northern capital,’ there isn’t a daily newspaper anymore. We would do well to have twice the number of editors, thousands more reporters, and 100 times as many publishers. In an age inundated with media we have fewer and fewer people who earn their primary income reporting news in their communities.

One tired, bored Victoria journalist is heard echoing their opinion across the entire province like gospel, because the media empire they work for has cut back so hard they are the only one left.

Many days you will walk by our office in Valemount and find it closed. Should you be worried? The Goat was built differently. It thrives because it was built to run in this digital age. Full time receptionist? That would be a luxury.

All resources go to making this publication happen.

The Rocky Mountain Goat, like our namesake, persists at great heights where the air is thin and predators cannot reach us. Yes, the feed is sparse and the terrain is steep, but up high here we thrive and appreciate the view. 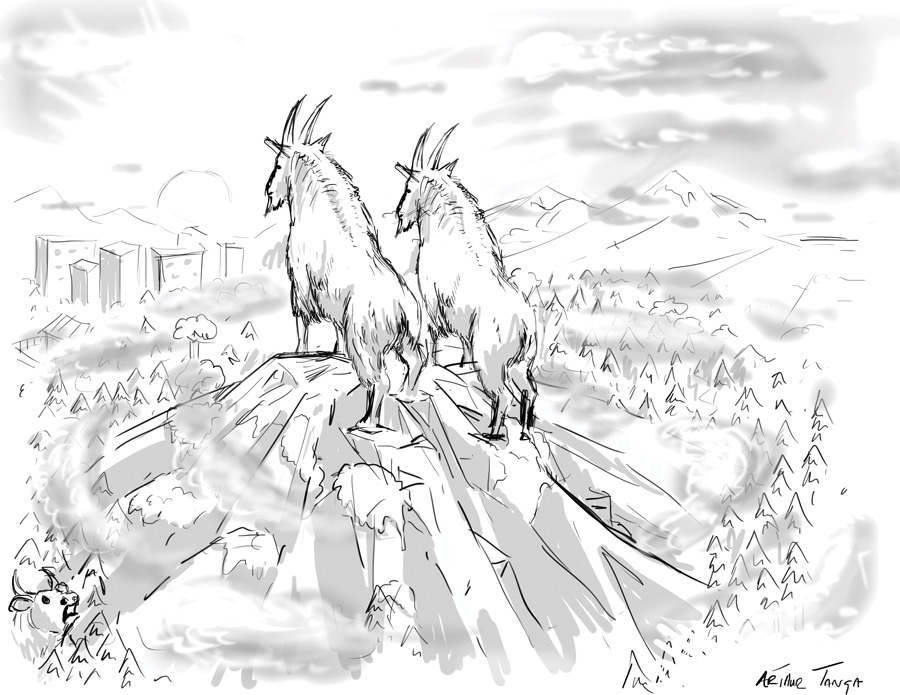 How do we look compared to a similar publication 30 years ago? We are completely different animals.

When we try to cover court – that’s when the shortcomings of this finely honed animal show.

The Rocky Mountain Goat is doing its best to cover local issues gone to trial including: the untimely death of a McBride man killed by a speeding motorist (a motorist charged with dangerous driving causing death), a suspected homicide following a poker game in Valemount and a lot more.

The reality is we don’t have the resources to cover these well. In almost every case the file is transferred to a larger centre, where we basically have no way of keeping tabs on what is happening. The story is handed to our urban brethren. If they do cover it, they have absolutely no context from the community.

If you are waiting for the newspaper to have some impact on how justice is done in our community I suggest you just prepare yourself for a good long wait.

We have open court for good reason, reporters are allowed in there for good reason: but it is really, really difficult to cover. The way courts work simply doesn’t jive with the reality of small town journalism.

As a result, justice is often hidden from view. For all intents and purposes, it is transacted almost completely in the dark.

When the Goat does show up to court on an issue that is going to trial we are more often than not met with publication bans. Lawyers for both sides want to protect the jury pool.

I can sincerely tell you we are living in the golden age of the fair trial. In many cases, jury pools are completely untainted.

But is justice being done? I’ve asked the Goat’s court reporter, but he hasn’t gotten back to me.