Finishing most of my work early on Monday afternoon (the Rocky Mountain Goat’s dreaded deadline day), I burst out of the office delighted I would be in time to stream the leader’s debate at my favourite drinking establishment conveniently located two doors down.

I shook off the sleet, ordered a beer, and streamed the debate on my phone and watched the leaders introduce themselves and their platforms.

Maybe some great points came up at the debate. Maybe somebody distinguished him/herself or offered some solutions. I’ll have to wait for someone else to report on it, because the whole debate seemed immediately repugnant, so much so that returning to work after 9 hours in the chair seemed like a good option. I turned it off and proceeded to enjoy my beer and the company.

The beer was delightful and the talk was insightful. 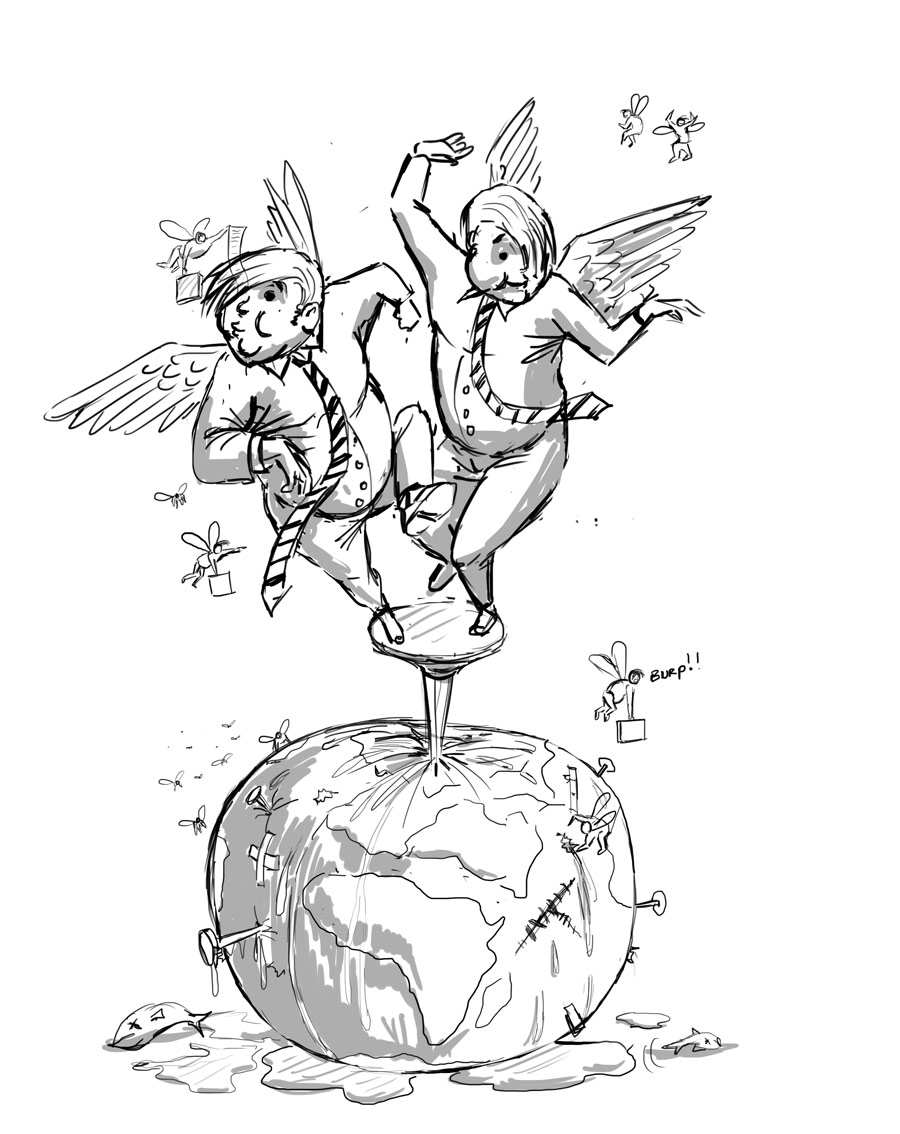 On returning to the office, I realized I didn’t have my work done. Missing was a fairly important component: the editorial (yes, dear reader, the same one you are reading now). I had a draft started, the only missing pieces were the beginning, middle and end and a coherent linking thesis.

I had planned to write an incisive piece on the role that lunatic conspiracy theories are playing in the election in our riding. But returning to my desk, watered, weary, under the gloomy cloud of the rough start of the leaders debate, I decided otherwise. Attacks blemish the attacker, the debate reminded me, and I was loathe to heap more trash on the smelly smoldering dumpster fire of an election.

I could write about how I feel about chemtrails and geoengineering, Holocaust denial and climate change skepticism, but who, exactly, would I convince?

I decided this editorial will be positive.

Yes, I decided to write an inspiring editorial that traces the common thread that unites and binds us all.

But I was short on time and wrote this instead.

The one positive thing I can come up with is McBride’s all candidates forum. Somehow the McBride and District Public Library and the other people and groups that cooperated to make the debate happen delivered to us a healthy nonpartisan forum. It featured friendly respectful discourse, with just the right amount of back and forth between candidates, audience and moderator. Oh, I cringed lots. Pipelines, climate, immigration, conspiracies… I got a real neck and shoulder workout. But I managed to sit there respectfully, as did those who didn’t share my views.

Even while the platforms and questions revealed massive gaps in worldview and ideology, on assumptions we make about Canada and our place in the world, the act of coming together and airing those differences in a respectful nonpartisan forum… well it was a breath of fresh air.

It felt like the people who came out of that kind of event, even now knowing how far apart they stand would be more likely to cooperate and act together in good faith.

Kudos to McBride for hosting a really good forum. Thanks to the candidates for showing up and saying their piece. Had the leaders’ debate been half as good, I would have watched the whole thing.