When Rick Lalonde submitted his application to the Valemount Fire Department on June 30th, 1989 it was to Fire Chief Les Dammann. Lalonde, a mechanic by trade, had a lot of the skills the department was looking for.

He was quickly put in charge of training and truck operations. He showed firefighters the proper operation of fire engines.

“Other people didn’t want that responsibility and work, although it was zero compared to today.”

Some 25 years later, being fire chief is a massive amount of work. A big part of that is ensuring firefighters have the training they need to be safe.

According to Assistant Fire Chief Dean Schneider, Lalonde has a knack for instructing and developing training materials.

“They didn’t really have any sort of training program,” said Schneider.

“Basically, he ensured the department was compliant with the playbook the Province mandated. He is very proactive ensuring firefighters attend spring training. I go every year with Rick, and new members come along.”

Lalonde also worked hard to set up training grounds where firefighters can safely practice entering two story homes and to deal with other types of fires.

Schneider said Lalonde has a knack for helping people get along.

Lalonde is hoping to retire from his day job sometime soon, but as far as being Fire Chief, he has no plans to leave the post.

“They are like sponges. They soak it up and try to strive for excellence through that training,” he said.

Lalonde said there has been a drop in incidents by 30% in the last year.

About 70% of their calls are to highway rescue and the other 30% are fire related.

“There are fewer major losses and fewer major event fires. Some of that is because older buildings have been removed,” he said, but he also credits a few other factors too. 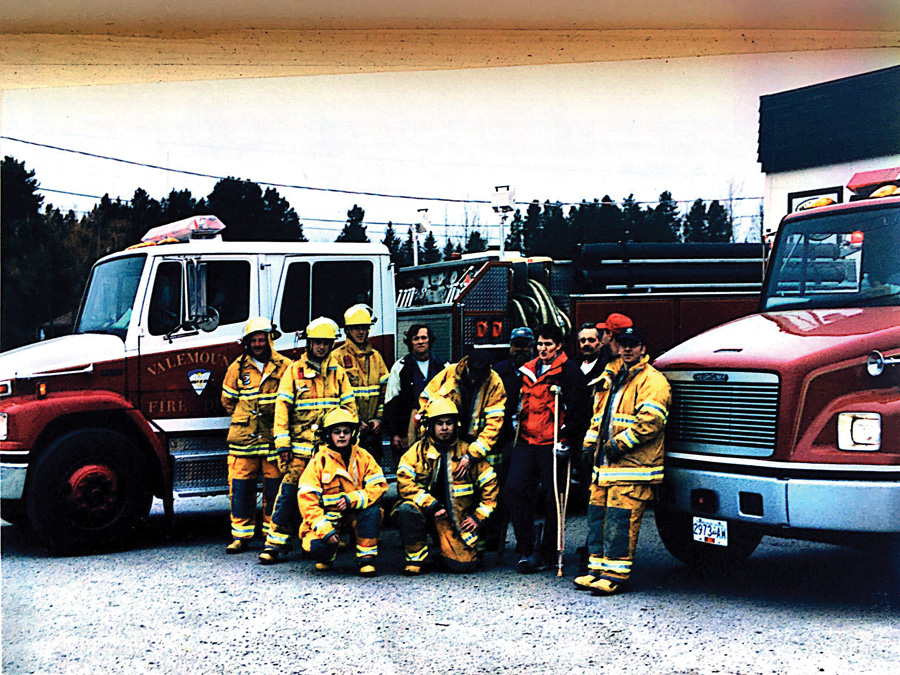 “People are generally speedier to call 911 to get some help,” he said. “Higher occupancy buildings are better maintained than they have been, and fire alarm systems are maintained by a fire inspector.”

“We have town size increases, the number of buildings increased a lot and will continue in the foreseeable future, we have a three story motel, Fowler’s subdivision.” 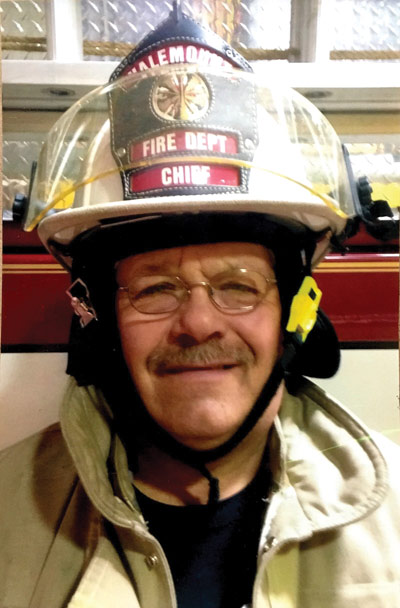 “Most citizens are policing themselves and their neighbours to prevent serious issues. There are more frequent campfire bans.”

“At one time neighbours were more likely to just leave them alone, or join them, now they are apt to call them in,” he said.

Lalonde said managing people is a big part of his job.

“Especially members of the fire department, I get to know them and their personality quirks and try to use that to our advantage… and theirs too,” he said.

“It’s about resolution, not conflict.”

Schneider said Lalonde has put in a huge commitment.

“The chief position is basically volunteer; it’s very little. Who’s going to step into those shoes for almost nothing?” asked Schneider.

Lalonde said it has and will continue to be a labour of love.

“My services and knowledge are required. It just kind of works.”