I didn’t want to lie.

So, for many years, I closed my mouth and did not sing the four syllables of the Canadian national anthem: “and native land.” 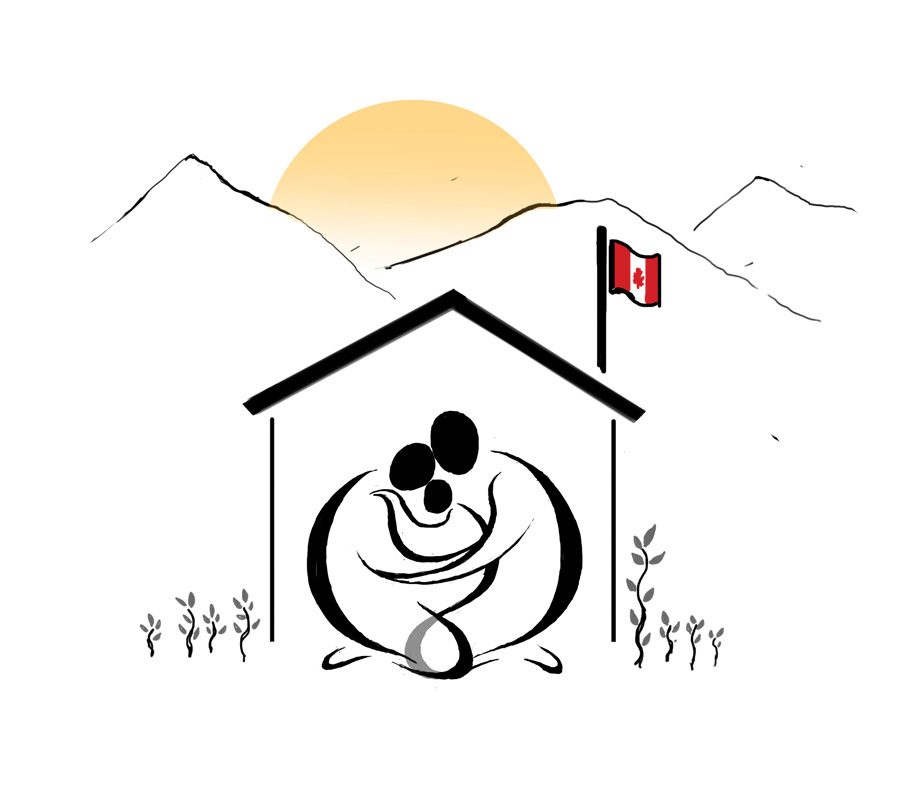 My Dad moved us to Canada in 1969. That was 50 years ago. I was 11 years old. We stepped off the airplane from Tampa, Florida, USA and entered the Toronto Airport in Ontario, Canada. I saw the bright flag. I heard the “eh?” and the strange, slightly Scottish way to say house: “hooose” and about: “abooot.” I held the portrait of Queen Elizabeth in my hand on every coin and paper bill. Yes, Canada was my home. But, no, I was not native to this land.

I have heard many stories since then. Amazing stories of how people have left their beloved native land to make a new home in Canada.

From Europe, the early explorers and trappers and fishermen came. When they wanted to develop farms, shiploads of women were sent to marry and begin to populate the east. In 1862, a similar shipment of women came to BC on the good ship Tynemouth to marry the gold-seekers in BC.

Mennonites living in Russia in the 1870s refused to swear allegiance to the Czar, and left to find a peaceful home in Canada.

After the hunger and losses of the first World War, a young woman planned to travel alone across the ocean from Germany. She had packed a suitcase, bought a new coat and was ready to sail. When she became sick, Anna, the younger sister (my grandmother) came to North America.

The forces at work during and after World War II brought many newcomers to make their homes in Canada.

One woman named Michelle and her mother dared to swim at night, crossing a river out of Germany while avoiding the spotlights. Steve was a two year old, carried in a sack by his father while the family walked to escape the wartime dangers. They had made the toddler drink enough alcohol to remain unconscious and make not a sound. Henry was a War Child, sent to Canada to a foster home to avoid the bombing on London.

After the war, Martin, of the Dutch resistance, came to the North Thompson and brought his love of gardening.
Elsie, from England, married her Canadian sweetheart in uniform, and came as a War Bride, setting eyes for the first time on the Saskatchewan prairies where her husband and his brothers farmed and raised bees.

More recently, Alishia brought her family to the North Thompson Valley. Her ancestry is from Africa, by way of the slave ships to Jamaica.

Aarti came to BC from Toronto after her parents moved from India to Africa.

And Daisy married a Canadian she met online and came to Canada from China.

Most harrowing are the memories of Valemount author, Christa Maxeiner, preserved in her memoir, “Hanging by a Thread.” Home? That comfort was ripped way. In 1943, her father was drafted into the Prussian Army, sent to Norway and imprisoned. In the extreme cold of January, 1945, 8-year-old Christa and her mother fled the Russian invasion, walking through the winter, searching daily for food and shelter, terrified of the opposing armies they meet at every turn, witnessing death, rape, destruction, lacking communication with loved ones, needing resources, not knowing which way to turn. From January until September of 1945, there was no such thing as “home.”

“The happiest day in my life,” Christa told me,”Was May 22 of this year, when I returned to my home in Canada.” Curious, I asked her to explain. “I had taken a trip to Germany, but discovered a medical condition that needed surgery. I couldn’t return to Canada through Christmas, until I was recovered. The trauma of being homeless all those years ago flared up in my memory. I was so eager to return to my home.”

What does home mean? It is summed up by a quotation by Karl Jasper on the last page of Christa’s book.

“Home is where I understand and where I am understood.”