Over spring break, 14 Junior Canadian Rangers (JCR) from Valemount helicoptered to a remote area of the Mount Robson Provincial Park for two days and nights of alpine winter camping and exercises. During this trip the youth built and spent the night in their own snow caves, learned about helicopter travel and safety, and took part in snowshoeing and winter camping activities. The trip is one of two special biannual trips, in which a Canadian Armed Forces officer comes to instruct local Junior Rangers in new skills and experiences.

The helicopter ride and construction of snow shelters were highlights of the trip for the youth. Brothers Kirby and Aubrey Scheller were both on the trip. Aubrey is in his third year with JCR, and this is the Kirby’s first.

“It was awesome,” said Aubrey of the trip. His favorite part was the helicopter ride. Last year they snowshoed in for their winter camping exercise. Using helicopters allowed the group to get further into the backcountry and alpine, where the snow was five to seven feet deep.

For Kirby the best part was sleeping in the snow shelters. After a first night spent in tents, the kids constructed snow shelters in groups of 2-3, where they spent the second night. Various designs were tested out: a tree well shelter, snow caves and a traditional Canadian quinzee shelter. Kirby was part of a larger group working on the larger quinzee, after his caved in. The quinzee is made by piling snow and then tunneling into it, and theirs could sleep five.

The morning after spending the night in the shelters, they tried to collapse them by standing and jumping on top. The quinzee shelter was the strongest, requiring a group of ten jumping on it before it gave way.  “This was a good lesson in the strength of a snow cave after they’re set up” said Cuming. 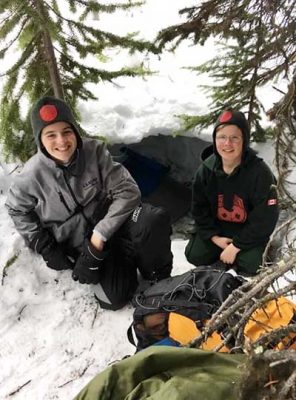 The group experienced varying weather, from sunburn sunshine to sideways snow. The temperatures ranged from around zero during the warmest parts of the day to -12 degrees Celsius at night.

Kirby explained one of the biggest challenges was staying warm and dry. During the day it would heat up as they were working and it was easy to get wet, potentially leading to cold once activity stopped and temperatures began to drop at night. However they did stay warm and mostly dry in the snow caves.

The JCR meets weekly, and typically 20-25 youth participate. According to Cuming, the skills they learn on weekly meetings fall into either “Ranger skills” or “life skills.”

One lesson the group has been learning about is group work, sharing effort and looking for ways to contribute. This is a part of the JCR guidelines, and a lesson that is reinforced on trips like this.

Jamin, who volunteered on the exercise, appreciates the opportunities that these trips offer for learning teamwork, leadership and community care. He’s been a part of the JCR as a Civilian Chairperson for many years. For him one of the most rewarding things is seeing youth acquire the skills and empathy to help each other, work collaboratively and care for their community. 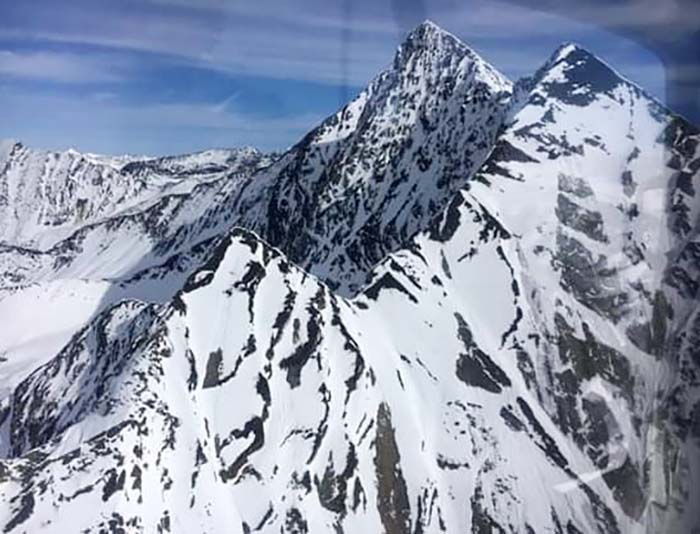