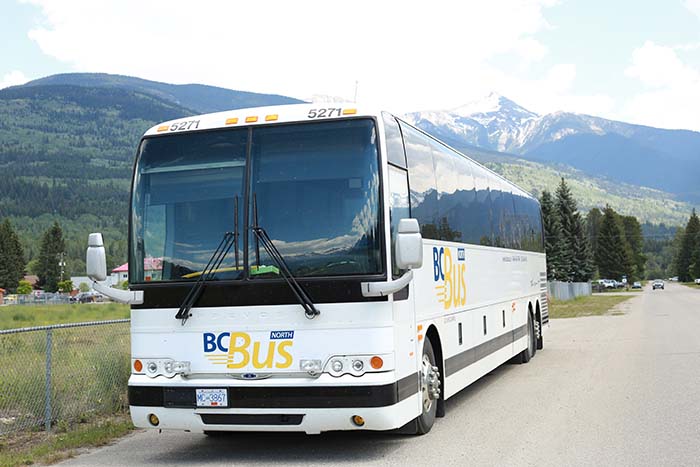 Thanks to strong local feedback, the province’s northern bus service will change its schedule as of March 11.

The bus returns the same day leaving Prince George at 2:30 pm arriving in McBride at 4:50 pm and getting to Valemount at 6 pm.

The schedule allows for more flexibility for passengers and better integration with the Northern Health Connections bus.

“Since the launch of BC Bus North, the Ministry has gathered feedback from customers using the inter-community bus service. People travelling on Route 200 have indicated a preference for reversing this route to have it originate in Valemount in the morning, rather than Prince George.”

Goat publisher Laura Keil lobbied for the changes in an editorial.

“The Prince George-McBride-Valemount schedule should be reversed. It would make this fledgling service very useful to Robson Valley residents – increasing the days they can schedule health appointments and allowing single-day shopping trips.”