A local business is calling for action on a train shelter after two people nearly froze to death on a -26 degree night while waiting for Via rail in Valemount Feb 5th.

“They were so cold they could not speak,” said Silvia Jungo, who co-owns the Valemount Swiss Bakery with her husband Bogdan Wasaznik.

The tourists had been waiting for the train for at least three hours in unseasonable clothing – the woman was wearing a thin coat with no toque and running shoes. Valemount does not have a train shelter, just a cement pad with a sign. The train was supposed to come at 9pm, but by 11:30pm the two were huddled in the dark, cold night with no place nearby to keep warm.

Wasaznik was on his way to work at the bakery and was alerted by a passerby about the passengers. He didn’t see them at first, since there’s no light at the train platform and the pair was hunkered down near the tracks. The passerby had offered a place to stay but the couple was worried about missing their train.

After checking on his ovens at the bakery, Wasaznik went to check on them.

“This guy was so cold he couldn’t talk and couldn’t get into the car,” Wasaznik said. “I almost had to push him into the car. The clothes they were wearing – you wouldn’t believe it. The clothes were like (for) fall. The shoes were like you were going for a wedding, not going to Valemount for the mountains.”

The couple was from Vancouver and were on their way back there.

Wasaznik invited them into the Bakery to warm up and he gave them food.

“This guy still wasn’t recovered at 5 or 6am. Maybe they got frostbite because you don’t feel it right away. They were really cold, that’s for sure.”

Due to the derailment near Field, extra freight trains delayed the Via rail train and it did not arrive until 9pm the following day – a full 24 hours late.

Jungo says it’s about time a shelter was built.

“Does someone have to die?” she asks. 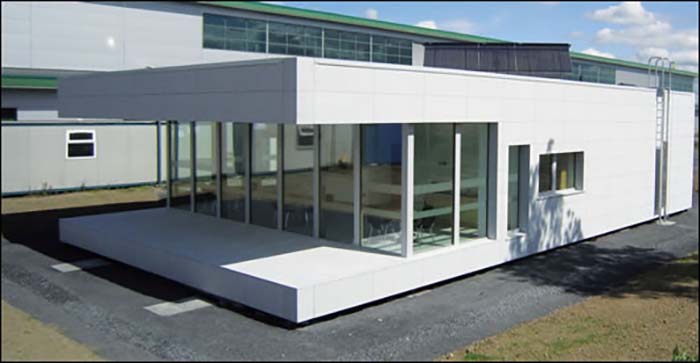 Jungo says she is still in shock about what happened. With no buses running between Valemount and Edmonton or Vancouver, and only twice-weekly busses to Prince George, she fears this scenario will occur more often.

“Even when it’s not -30, in the summer there is rain and people are getting wet,” Jungo adds.

People often use the bakery as a train shelter when it’s open, but the bakery is not open at night and has a very small dining area.

Wasaznik said previous RCMP staff used to cruise Main Street at night four or five times, but not anymore. He said it would be a good idea for them to do so on the two nights the Via train is supposed to come. Bogdan was happy to help but notes he isn’t always comfortable having strangers in his bakery at night while he is busy working in the back.

Valemount used to have a train station but as passenger travel dwindled, it was moved onto a property nearby and became the Valemount Museum.

Later, a small shelter was created, but was removed after being vandalized. That shelter still exists on the Golden Year’s Lodge property.

The Village of Valemount confirmed that the existing cement pad and signs are located on the CN rail right-of-way.

When asked if the Village should spearhead an effort to get a shelter and who should take responsibility for a new shelter, Valemount Mayor Owen Torgerson gave the following statement:

“The Village is currently working with its Federal partners and is in discussions with VIA Rail to find a solution specific to Valemount that will benefit both residents and visitors.”

But Jungo says it’s already been years of back-and-forth between the Village and Via Rail.

What do you think should happen? Write us for our next edition!