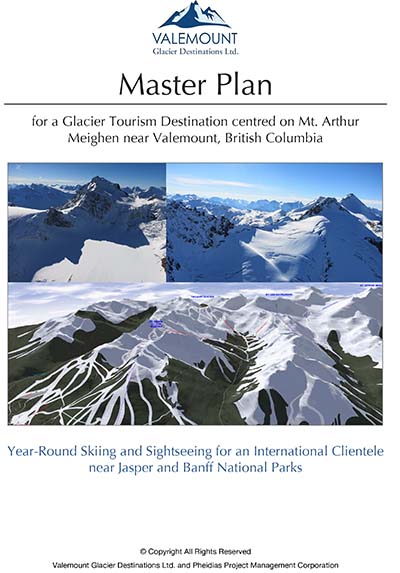 Mayor elect Owen Torgerson said that the people of Valemount are, by and large, anxious for and supportive of the development of Valemount Glacier Destination Resort and he promises to continue support for the project.

“It’s status quo for now until the new council can get an update from the proponent,” said Torgerson.

“The safest, and I believe the wisest way we can serve our community in this regard, is to get an update. Where are you at? What do you need? We need to start that conversation again.”

Tommaso Oberti, who handles communications on behalf of the resort, acknowledged that the project has been delayed.

“We are continuing to prepare for the construction of Valemount Glacier Destinations and while the project financing process is taking longer than anticipated, our understanding is that it remains on track,” said Oberti. “We are expecting to make further announcements in the coming months.”

He thanked First Nations and local residents for their patience.

Oberti said they have kept a low profile since the financing process began.

He added there is a deadline for the project as per the agreement with the Province.

“The deadline in the Master Development Agreement for a project opening is the end of March 2022,” he said.

Oberti told the Goat last summer that if construction commenced next spring, the hoped-for opening date would be December 2020 or early 2021.