Valemount’s Walk with your Doc event was held on Monday and doctors and community members were out en masse for a short hike around the Big Foot Trail.

High school student Harrison Cinnamon was one of the walkers, and he said it was a great idea to get out and be active.

“It’s a nice idea to just get out and active,” said Cinnamon.

Participants received a free pedometer to help monitor how much activity they are getting each day.

Kim Nordli participated in the walk; she’s the site manager for the Valemount Health Clinic.

“It’s an initiative of Doctors of BC, basically it’s Doc’s walking the talk,” said Nordli, “Setting the example, promoting a healthy lifestyle, walking in your communities.” 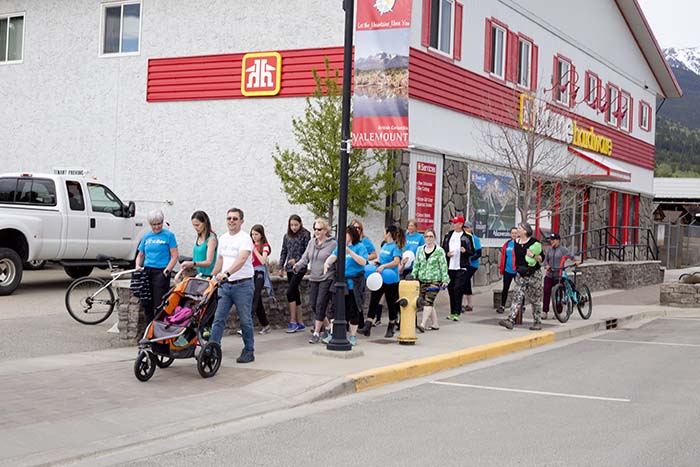 She said it’s also an opportunity to strengthen relations between patients and physicians.

Karen Shepherd, who also works at the clinic, said it’s the second annual Walk with your Doc event.

“We hope to do it again next year,” said Karen Shepherd.