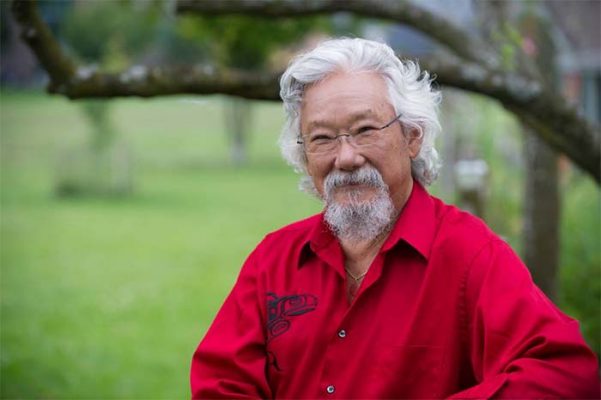 Our health, well-being, food security, energy and economic progress depend on healthy, diverse nature. Clean water and air are essential to human life and health. Nutrient-rich soils are necessary to grow food. Diversity makes the ecosystems on which human life depends resilient.

But, as more than 550 experts from over 100 countries recently warned, “Biodiversity — the essential variety of life forms on Earth — continues to decline in every region of the world, significantly reducing nature’s capacity to contribute to people’s well-being.”

On March 22 in Medellín, Colombia, the Intergovernmental Science-Policy Platform on Biodiversity and Ecosystem Services’ 129 member states approved the experts’ four extensively peer-reviewed regional reports. Researchers examined more than 10,000 studies over three years to assess the state of biodiversity and to determine the causes and solutions for declines in Africa, the Americas, Asia-Pacific, and Europe and Central Asia.

IPBES chair Sir Robert Watson said, “The best available evidence, gathered by the world’s leading experts, points us now to a single conclusion: we must act to halt and reverse the unsustainable use of nature — or risk not only the future we want, but even the lives we currently lead. Fortunately, the evidence also shows that we know how to protect and partially restore our vital natural assets.”

The reports conclude that “biodiversity and nature’s capacity to contribute to people are being degraded, reduced and lost due to a number of common pressures — habitat stress; overexploitation and unsustainable use of natural resources; air, land and water pollution; increasing numbers and impact of invasive alien species and climate change, among others.”

According to the University College London’s Tim Newbold, lead researcher for a 2016 study the reports reference, “For 58.1% of the world’s land surface, which is home to 71.4% of the global population, the level of biodiversity loss is substantial enough to question the ability of ecosystems to support human societies.”

Biodiversity of plants, animals, fungi and other organisms is important. Each species plays a unique ecosystem role. Diverse nature offers numerous ecosystem services, including ensuring we have access to a variety of foods and medicines. It also creates resilience — a variety of species ensures that some will continue to function if others fail.

In the Americas, species populations are on average 31 per cent lower than when European settlement began. With increasing climate change impacts, that’s expected to rise to at least 40 per cent by 2050. The report notes that Indigenous Peoples and local communities have slowed or reversed declines in some areas through “a diversity of polyculture and agroforestry systems,” but warns that Indigenous local knowledge and languages, and the cultures associated them, are also threatened or dying.

The economic consequences alone are staggering. Researchers estimate that land-based natural systems contribute services worth about $24.3 trillion a year to people in the Americas — equivalent to the region’s gross domestic product — and about $3.6 trillion in Canada. As one example of the costs of addressing the problems, the report shows the “annual cost of managing the impacts of invasive alien zebra mussels on infrastructure for power, water supply and transportation in the Great Lakes” is more than $500 million.

Although many solutions lie in government policy, individuals can also help. Watson told National Geographic that eating less meat, wasting less food, using water more efficiently, reducing toxic chemical use and shifting from fossil fuels are all necessary. He also said Indigenous and local knowledge are invaluable to helping us learn how to live better with nature, and that cross-border collaboration is essential because nature doesn’t recognize human boundaries.

Emma Archer, co-chair of the African assessment, said citizen engagement is also needed: “As citizens, we need to vote and lobby for political leaders and policies that support these choices.”

As a Desmog Blog article points out, “Many of the solutions for stemming the loss of species would have simultaneous benefits for the climate, such as protecting and restoring ecosystems (which can store more carbon), cleaning up energy sources (fewer greenhouse gas emissions), and practicing more sustainable and diverse agriculture (lowering emissions, storing carbon).”

As with climate change, we have ample evidence that we’re facing a biodiversity crisis, we know what’s causing it and we have numerous solutions. It’s time to act.