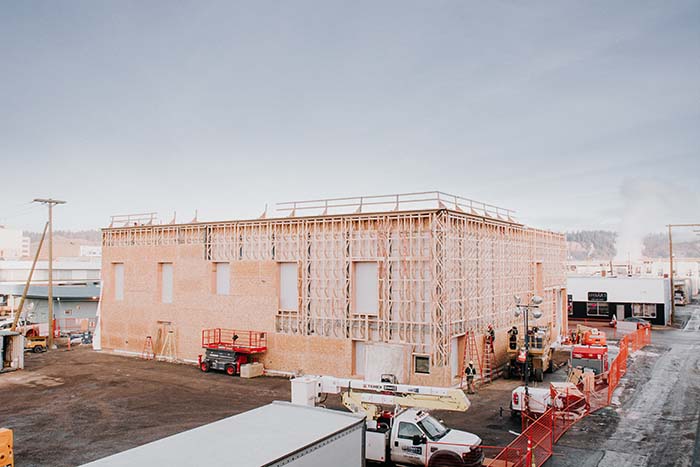 A new building built for the University of Northern British Columbia in downtown Prince George is the most airtight in Canada.  It measured 0.07 air changes per hour. That means that with the ventilation turned off, it would take 14.3 hours for the total volume of air inside the building to be exchanged.

The Wood Innovation Research Laboratory will be heated by natural gas. Dr. Guido Wimmers who is overseeing the project just ordered the heater for the building.

“The natural gas furnace was funny to see,” said Wimmers, “It is the smallest furnace you can buy for a single family house.”

Wimmers is the Chair of the Master of Engineering in Integrated Wood Design at UNBC, and his program will be using the building to create and test large-scale integrated wood structures using engineered wood products such as Cross-Laminated Timber, Glue Laminated Timber and Laminated Veneer Lumber. 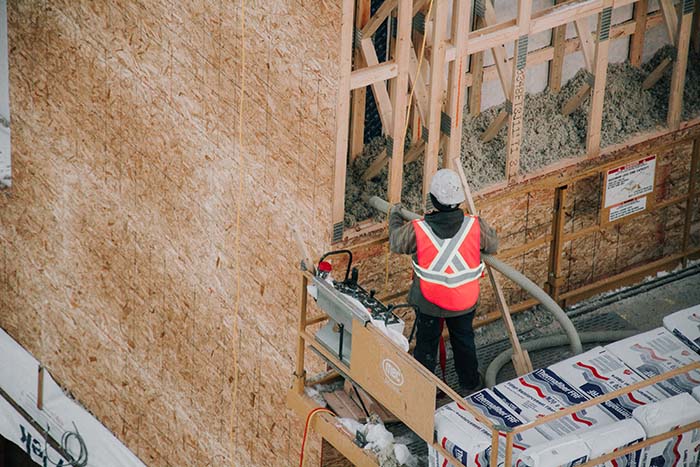 Wimmer said the costs of building were marginally higher, but the operational costs will be extremely low.

“The environmental impact is very low,” said Wimmer. “Life expectancy of a building like this should be 100 years. The way it is built all materials can be recycled or reused.”

Wimmer said this was the first Industrial building of this scale to achieve the Passive House standard in North America.

“When you can pull it off in Prince George, there is no excuse,” he said.

A press release from UNBC extolled the virtues of Passive House:

“Certified Passive House buildings use up to 90 per cent less energy for heating and cooling compared to standard buildings… By the nature of their airtight design, Passive Houses have better indoor air quality than conventional buildings, including lower carbon dioxide levels and comfortable humidity levels due to superior ventilation. Passive Houses prevent drafts of air from circulating in the building and maintain a consistent temperature along all indoor surfaces.”

Erik Olofsson, is a certified Passive House builder who grew up in Valemount and has built two very efficient homes in the valley, one of them is a certified passive home. He was amazed at the air tightness that UNBC and their team achieved.

“It’s mind numbing,”  said Olofsson. “You don’t accidentally hit 0.07. Many builders fail to hit 0.6 air changes per hour on their first crack at it.”

There is also a province-wide mandate to begin building more efficient buildings as part of the BC Climate Leadership Plan.

In April 2017, the Province of British Columbia adopted the BC Energy Step Code as regulation. The new standard is a tool designed to help both government and industry chart a course to a future in which all new construction across the province is “net-zero energy ready” by 2032.

“The highest level (in the step code) is not exactly passive house but pretty close to it,” said Wimmer.