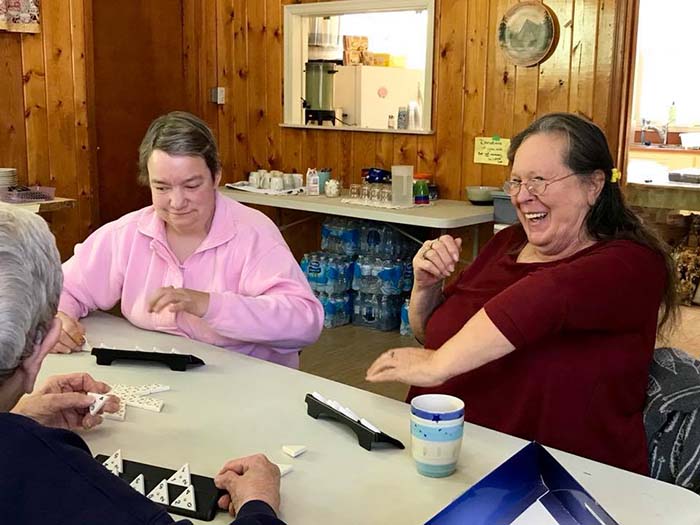 Last year on January 4th, community members in Valemount launched the coffeehouse, a bi-monthly gathering at the Anglican-United Church. One year later, it’s grown into a much-loved event.

It’s a time to share delicious food, play games, visit and get out of the house, especially during the short winter days, organizers say. Best of all, it’s free.

Laura Johnson, one of the volunteers, says a person doesn’t have to be a member of anything to pop over, and everyone is welcome. The events are organized and supported by several local churches and community members. Though held in the church, it is not a religious event.

She says the coffeehouse allows residents to get to know one another in a friendly environment, build new friendships over a cup of coffee, bowl of soup, or a game of Crib or one of the favorites, Tri-ominoes. People of all ages drop in. Some come on their lunch break to grab a quick bowl of soup and play a game.

“It’s really gratifying to see how many new friendships have formed in just one year,” she says.

In December, the coffeehouse group organized a free Christmas dinner which attracted 50 people.

Plummer says they’ve received donations towards the program and anyone wishing to donate can forward it to Firm Foundations Christian Outreach and get a tax receipt.

The Coffeehouse is held on the 1st and 3rd Wednesdays of each month from 10am-2pm at the Anglican-United Church. The next one will be January 17.