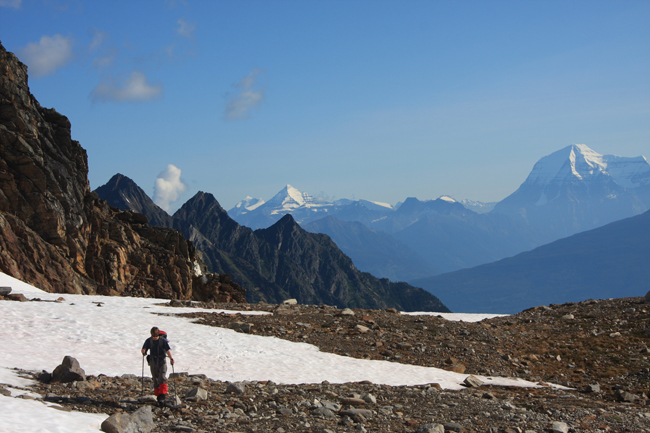 Over two dozen people showed up for a public hearing on bylaw changes that will pave the way for building permits at an all season resort just west of Valemount.

The Board of the Regional District of Fraser-Fort George has passed initial readings of changes to the Official Community Plan (OCP) for the Valemount Glacier Destination resort. The province held its final open house on the Master Plan for the development, but has not yet announced any decision on the project. If approved, the province would then offer a master development agreement to the proponents of the resort. Under new provincial policies, proponents of mountain resorts are required to build a significant amount of the resort infrastructure on Crown land before being allowed to build housing and accommodations.

The public hearing on the OCP changes was chaired by Dannielle Alan, Director for Area H. Regional District staff says the current OCP amendment updates and adds to the policies and guidelines for the Resort Commercial designation (originally enacted for the Canoe Mountain development which so far has not proceeded). It would also re-designate the Controlled Recreation Area for the Valemount Glacier Destinations resort from Agricultural/Resource to Resort-Commercial. The area is just over 8000 hectares of unsurveyed Crown land.

Tommaso Oberti made a brief presentation on behalf of the proponents, Valemount Glacier Destinations Ltd. He says Phase 1 of the project will provide access to Twilight Glacier, offering year-round skiing and sightseeing. The compact, pedestrian-
oriented resort base will be built out over 20 years, with 300 bed units allocated to employee housing.

In verbal statements, seven residents expressed support for the project, noting the proponents have done a lot of work and held a number of open houses to hear and try to address concerns.

“I’ve followed the process from its inception to today, and I would like to go on the record as a citizen of the valley and someone that is very much in support of this particular project,” said Archie Karas. He says he thinks it would be a strong economic engine for current residents and the next generation, “our very own children. I’d like to see all approvals completed as swiftly as possible.”

Irvin Leroux asked if we know how long the approval process will take, saying he is concerned the system will drag the process out so long the developers will leave. Terry McEachen, general manager of development services for the Regional District explained they were waiting for the boundary of the development to be finalized before completing the OCP changes. He says it is possible that the Regional District Board could pass third reading and adoption of the OCP changes at its April meeting, and could be looking at zoning changes in May, with adoption possible in June or July, if the Master Plan is approved by the province.