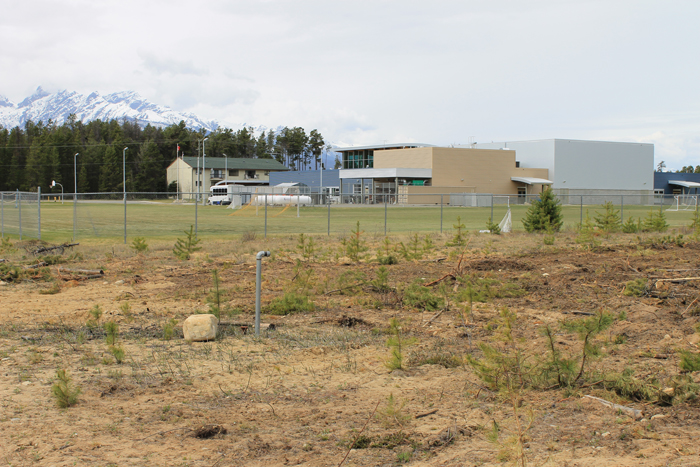 An ad hoc committee on rural education has made 14 recommendations to the board of trustees for School District 57, including relocating the distributed learning department to the Robson Valley. Tony Cable, chair of the SD 57 board, says the recommendations have been referred to various committees of the board, and will come back to the April meeting, which will be held in McBride.

Bob Harris, Trustee and chair of the board’s ad hoc committee on rural education, told the Goat last fall the board recognized that rural areas like McBride, Valemount and Mackenzie face additional difficulties not seen in urban centres. The committee and meetings held around the school district last fall were a result of recognizing those difficulties, and the board’s desire to find out what is working well and what unique challenges rural schools, especially secondary schools, face.

– allow billeting of SD 57 secondary teams in district schools and pursue the formation of societies to help with transportation for extra-curricular events;
– have Human Resources work with rural schools on TTOC (teachers teaching on call) issues, and with rural communities to hire for the schools and community;
– have facility services staff communicate with rural school administrators around effective use of maintenance personnel, and maximize the use of local employees for preventative maintenance and repair;
– formulate tentative budgets for rural schools on a three-year horizon;
– move quickly to upgrade connectivity and improve computer services to rural schools and expand video-conference capacity;
– promote the meeting of Superintendent of Schools and board representatives with district and village councils twice each year;
– hire a District Principal of Rural Education, in a rural community, to address issues such as distributed and distance learning, staffing grants, funding. Relocate Distributed Learning to the Robson Valley, potentially with sites in all SD 57 schools, and create a program in each community to assist in meeting the needs of local at-risk students;
– form a rural schools advisory committee to make recommendations to senior administration, and develop a vision for sustainable rural schooling;
– assign one Assistant Superintendant to supervise schools in Mackenzie and the Robson Valley;
– change the name of SD 57 from “Prince George” to one that better reflects the large geographic area of the district;
– and communicate annually with rural principals, vice-principals and staff to ensure an understanding of funding currently available.

The table of recommendations also list the committees and groups they should be referred to, including the Education Services Committee, Human Resources and Labour Relations, Superintendant and Assistant Superintendant of schools, the Board of Education and the Ministry of Education.

Crook has requested that the Mayors of McBride and Valemount and the chair of the Regional District meet to discuss a presentation to the School Board. During the Jan. 26th Valemount Council meeting, Mayor Jeannette Townsend agreed a representative for the Robson Valley would be good, and said she is planning to attend the meeting.

The SD 57 board meets about once a month, usually in Prince George, but meets once a year in one of the three rural communities, McBride, Valemount or Mackenzie. Its April 26th meeting is scheduled to be held in McBride.