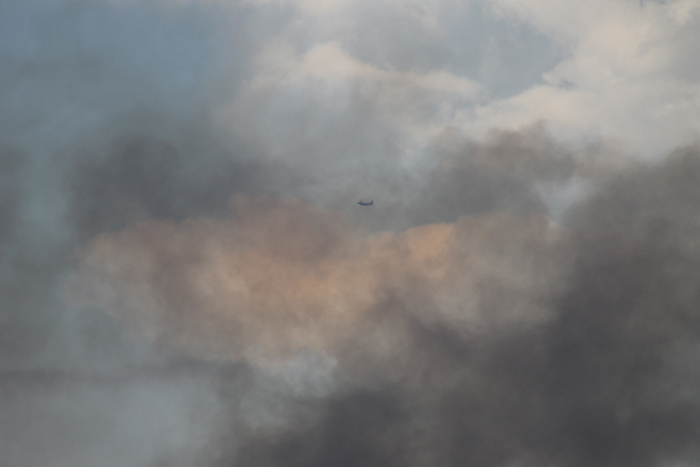 Submitted by BC Gov Communications

Due to an elevated wildfire risk in British Columbia, the Wildfire Management Branch has requested the assistance of over 70 additional out-of-province personnel to aid in fire suppression efforts.

Hot and dry weather conditions have elevated fire danger ratings throughout the province, and many areas of B.C. are currently experiencing “high” and “extreme” ratings. Because dry forest fuels are very susceptible to ignition and lightning is expected in the northeast and interior regions of the province over the long weekend, firefighting crews are on standby in all six of B.C.’s fire centres in preparation for increased fire starts.

Personnel from Ontario and Quebec will be arriving in B.C. over the next week. They will include firefighters, an Incident Management Team and support staff, and they will be deployed throughout the province based on current and anticipated wildfire activity.

The Province has also increased its airtanker capacity. An Electra L-188 airtanker has been brought in on a short-term contract and is currently stationed in Penticton. It will be deployed on fires as needed. An airtanker group from Alberta, consisting of four CL-215T amphibious skimmers, one bird dog aircraft and an Air Attack Officer, arrived in Prince George last week.

The Wildfire Management Branch has responded to 812 wildfires so far this season. There are currently 12 active fires of note burning within the boundaries of the Prince George, Kamloops, Southeast and Northwest fire centres.

Most of these fires of note were caused by lightning. They serve as a reminder that, as lightning activity within the province increases, extra caution is needed to prevent person-caused wildfires. Each person-caused fire diverts critical firefighting resources away from naturally occurring fires.

Open burning prohibitions are currently in place for many areas of the province. For the latest information on these prohibitions, as well as current wildfire activity, road closures and air quality advisories, visit: http://www.bcwildfire.ca