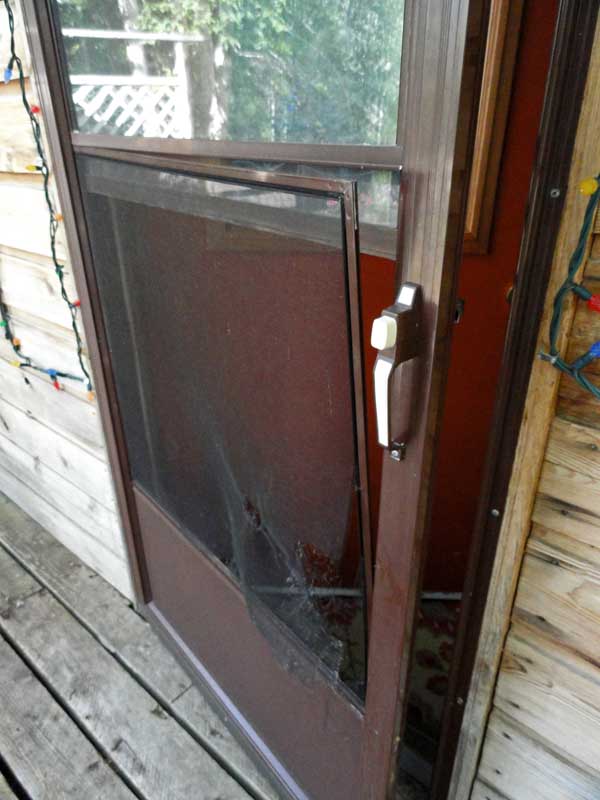 A Conservation Officer arrived in Dunster on Tuesday and set a trap to catch a black bear that had been steeling chickens from their hen house, but the bear seems to have moved on. One resident thinks having a bear trap in the area could have helped resolve the issue.

Sergeant Rory Smith with the Omineca Region of the Conservation Officer Service told the Goat after press time last Tuesday that he wasn’t aware the issue was persistent until Sunday.

Smith confirmed there was call earlier in the week about issues with bears in the Dunster area.
“We get hundreds of calls; sometimes we get 20 or 30 a day,” says Smith. “Unless the situation is persistent or the behaviour is dangerous – those are the ones we respond to.”

Smith says there was another report that the bear had returned on Sunday, but he didn’t have any officers available on Monday morning, so an officer wasn’t assigned until Tuesday.

The owner of the property where most of the damage occurred was out of the country at the time. Neighbour Deb Reimer says the house sitter was too afraid to stay on the property, after bears had come up on the deck and gotten through a glass window on one of the chicken coops. She and other neighbours were trying to do what they could to secure the property and keep the bears away.

“Based on the info I got from the neighbours, and I’ve since spoken to the owner as well, it sounds like it is becoming a persistent problem,” said Smith on Tuesday.

“When bears start getting bold and brazen and they are getting to the point they are trying to get in people’s doors and windows, it’s time that we deal with those animals.”

Smith says once the bears get rewarded they will continue to come back. “Bears displaying that sort of behaviour are not candidates for relocation and will be destroyed,” he says, especially with a black bear, which is not endangered. There are open hunting seasons for black bear.

Reimer says the Conservation Officer used a dead chicken as bait and told her not to touch the trap, just call the 800 number if it gets set off. But she says she reset it herself after a raven stole the bait. “What, are we going to wait three days for it to be reset? It doesn’t take a rocket scientist to figure it out, if we had one here we could look after the problem ourselves.”

Reimer says the remaining chickens – she guessed about 12 were killed – seem to be back to normal, and she thinks the bear has moved on, but she fears it will terrorize someone else. “It is unfortunate that it took them so long to get here.”

“We do our best to try to service the remote areas,” said Smith, “it just takes time.”