Five options were posted for consideration of increasing library space: two focusing on the Library’s current location, two looking at re-locating to 5th Avenue, and one option of “doing nothing”.

Expanding the current building seemed to be the favoured option, as a number of advantages were listed: the expansion and property is already designated in the Official Community Plan; the Library Expansion Committee has received local support and funding from the Columbia Basin Trust to create building plans; the design is “appealing and fits well in the environment”; the property is an adequate size; and the building plans allow for flexible space-use and improved accessibility.

The other option involving the current location is to construct a new building, but would be more expensive, the poster read. The old building would have to be removed, new foundation laid, and new plans would have to be drawn up.

The two options on 5th Avenue explored by the Committee are using an existing building and building a new one.

The only existing building of appropriate size, however, is not for sale, and even if it were renovations would be needed and the leasing cost would be too high, the poster read.

Constructing a new building on 5th avenue would increase the cost of expansion plans and raise zoning issues. The poster pointed out that this option would involve a loss in taxes to the Village. The Library cannot own land, so the Village, or another entity, would have to buy it before “leasing” it to the library.

Hollie Blanchette, a Village councilor and member of the Expansion Committee, said nothing has been decided yet. But when asked what was next, barring any serious protest of the expanded building plans, she said “to start digging”.

The current building plans are estimated to cost $900,000, with the Library applying for grants and holding fundraisers to cover the cost. “There is no need to increase taxes in order to expand the library,” the poster read, adding that some costs will increase, such as heating/cooling and insurance but the Committee doesn’t “foresee a big change.”

The building plans are posted in the Library for the public to see.

Considering the heated discussion at recent Village Council meetings and on social media, it comes as somewhat of a surprise that the open house was sparsely attended: around 20 people dropped by over the 4 hours, according to Anne Yanciw, Chief Administrative Officer of the Village.

The Village had already hosted an information session on the garbage bylaw for business owners; this latest was for anyone in the general public.

The garbage bylaws received first and second reading at the July 9th council meeting. Barring serious protest to the working library expansion plans, the next step is to start construction. 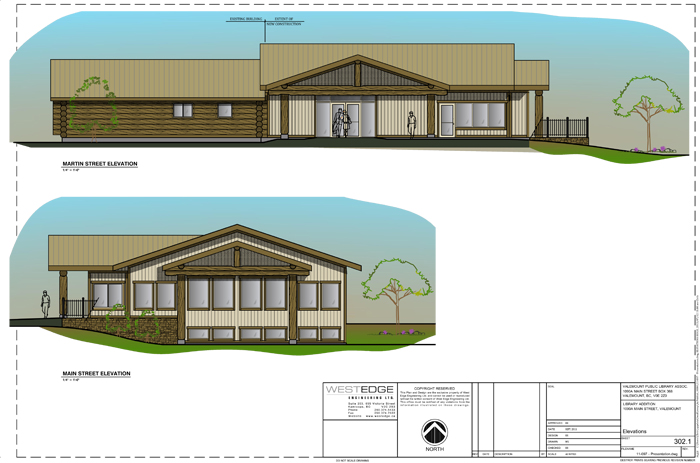 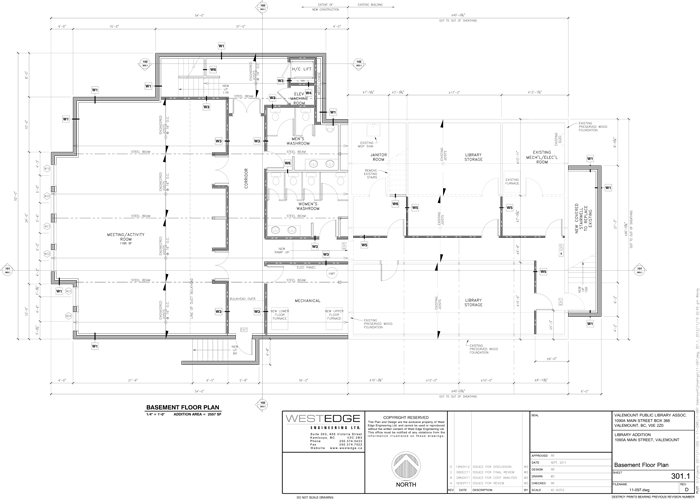 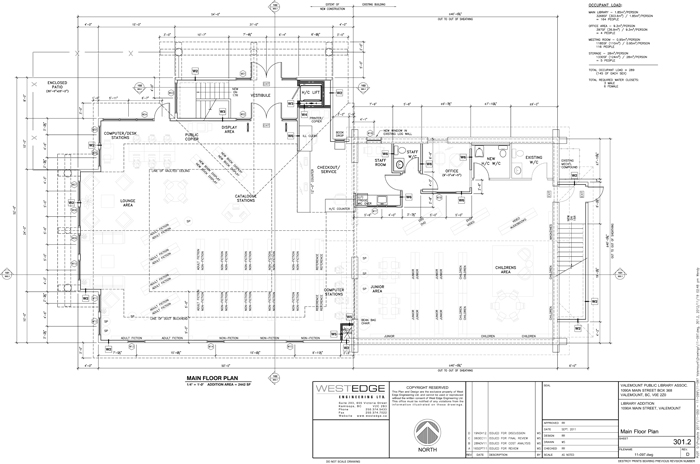