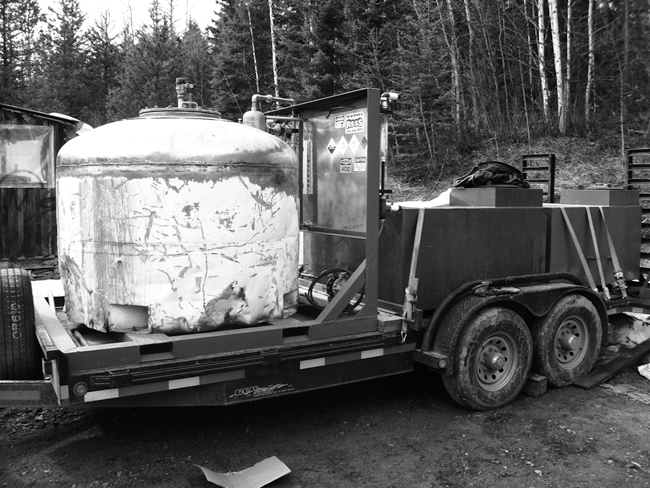 No, it’s not a time machine, though based on its appearance you may be suspicious. It’s not what most of us harbour in our shed – unless you’re Seth Macdonald and you’re bent on recycling used veggie oil into biodiesel.

Macdonald has been working on creating high quality biodiesel for more than three years. The Dunster resident started by making tiny batches in his blender, to building a 60 gallon reactor to his new baby – a 600 gallon reactor that takes 1/3 of the time to process as the old one.

“I like the idea of a non-toxic fuel,” Macdonald says, adding that you can drink it – though he hasn’t tried doing that yet.

Macdonald is the Robson Valley’s only bio-diesel manufacturer and vendor. He collects all the veggie oil he uses from restaurants in Valemount. In the summer he collects some 2000 to 3000 litres per month of waste grease. Normally the restaurants would have to pay to have the waste oil taken away – so they let Macdonald take it for free.

There’s enough to supply his small operation right now – mostly for his own use. He is negotiating with restaurants in Jasper right now in order to pick up their waste oil as well. 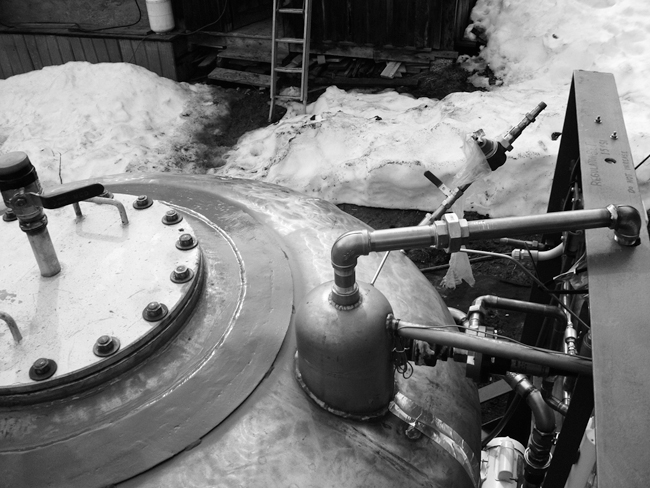 He hopes to get a consumer co-op going where he can sell to local farmers, for instance, who wish to decrease pollution on their farms and increase the longevity of their equipment. The downside is it doesn’t make a great winter fuel unless you make some changes to your vehicle. Macdonald says he learned that the hard way.

Another benefit to farmers and gardeners from his operation is that glycerin is a by-product of producing biodiesel, which can be composted and used as a fertilizer, he says.

Biodiesel is often mixed with regular diesel, but doesn’t need to be. It can be used in any diesel engine, though unpure biodiesel can cause problems.

He is planning to hold a workshop on biodiesel in order to get the word out about expanding his operation.

He says it will be an information and idea sharing seminar focused on starting a Bio-Diesel consumer and supplier group in the Robson Valley. The meeting will happen at the Dunster Fine Arts School on Sat., May 5th from 1-5 p.m. He will give an outline of plans to make the finished product available to group members in the Robson Valley.