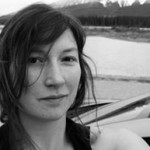 Before you scream “What is the world coming to?” let me be clear that we’re still a long ways off from voting in our politicians with “Likes.”

That being said, there’s been an explosion in online campaigning this election. Discussion is heating up on Facebook, nevermind in coffeeshops or during public forums.

It’s nothing new really. Barack Obama waged a good part of his campaign online – and it seems to have paid off. He raised half a billion in donations

The average donation was just $80, making this method of fundraising seemingly grassroots.

Facebook even launched a special Election capability on their site five years ago with the slogan “Poke the leaders of the free world.”

For those unfamiliar with Facebook, “Likes” are the positive voting method friends can use on Facebook to rate another person’s post. Friends can also comment on posts made by other people. Pokes are notifications that someone has “poked” you. Ie) maybe wants to talk to you.

Several candidates have used Facebook during their campaigns both in Valemount and McBride. Of course, the candidate’s audience is limited to their friend list, but with one candidate having more than 500 friends, there’s still a good chance the contender will reach some voters: as we all know, people on our “Friends” list, aren’t necessarily our close friends in real life.

But more importantly than gleaning votes is the ability for candidates and their would-be supporters to go beyond the “I support you.”

Facebook has proven in this election to be a way of debating and pondering actual issues. While still limited to certain pools of friends, these discussions are a legitimate part of the democratic process – and I hope they will continue once the election is over.

One candidate said some of his Facebook friends are young people who have left to other communities for work but want to return. Few of them can vote, but the point is to engage the issues in a new and different way. It’s not so much about campaigning, he says, as practicing public engagement and seeking solutions.

We all know how hard it is to organize a town hall. Who’s going to do it? Our electorate often don’t jump the gun to put themselves in a vulnerable position in front of a public that demands a very high level of accountability, transparency and articulatation of progress.

Facebook is one way to bridge that “organizational gap.” It’s non-confrontational, easy to use, and accessible to all. We don’t even have to be friends with our leaders in order to message them.

There is of course a down side. With these discussions only semi-public, we may be concerned about bickering and libel and in-fighting in a less-accountable environment.

One thing’s for certain. When voting results come out on Saturday, many people will no doubt hear the results (directly or indirectly) from Facebook. For its speediness, I’m sure they’ll be thankful.