Dunster resident Mick Callas is the Butterfly Man. Since he was eight years old, Callas has been watching the creatures flit through the air and into his nets.

But this winter came a big surprise. A plump caterpillar making its way across several feet of snow – in the middle of March.

“It was crawling along the crust of snow, this wooly-bear caterpillar, and they just shouldn’t be there,” he said. “I know my bugs and I’d never seen this.”

The caterpillar wasn’t frozen. He was very alive and typical of a woolly-bear where he curled into a ball as soon as you picked him up, he said.

He scooped up the caterpillar and brought him inside where he showed it to his wife, Faye. They agreed that it was remarkable. He put the caterpillar on one of Faye’s plants. It wasn’t interested. The last time he saw it, it was heading across the carpet – maybe to find a secure spot to sleep.

A few weeks later, he found another mature woolly-bear caterpillar. Callas says he has no idea how the caterpillars werealive at that time of year. To his knowledge, caterpillars don’t freeze, thaw out and then spin a cocoon or chrysalis. They do that in the fall. He can’t see how their soft bodies would survive through the winter.

Could it be the climate? Callas isn’t sure. Though he certainly has plenty of experience with the dainty flying creatures.

He has been bringing his butterfly net with him to every country he has visited including to Vietnam, where he was stationed with the U.S. army from 1967-1968.
At base camp in Vietnam he would often go out with his “trusty butterfly net” and collect beautiful butterflies far different from the ones he was used to catching at home.

His butterfly net is “ancient.”

“It has survived many encounters and caught many butterflies,” he said waving it around. 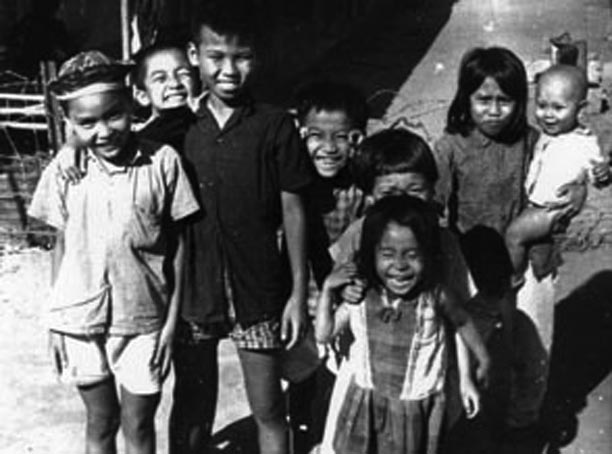 One day in Vietnam he ran into three Vietnamese men.

“I didn’t have a gun or anything, I was catching butterflies,” he said. “They were dressed in their black pyjamas and had all their guns and I didn’t. They were so fascinated that I wasn’t at all interested in this war.”

He explained to them what he was doing collecting bugs and he says they thought that was very fascinating. He remembers sitting down with them and one fellow pulled out Phillip Morris cigarettes, which came in a plastic carton – a useful commodity in the wet jungle instead of a paper carton. So they each took a cigarette and put in their mouths and got ready to smoke them. But they quickly realized they didn’t have anything to light them with. So they carefully put the cigarettes back into the container and parted ways.

“I told my friends about running into the V.C. (Viet Cong) and how we talked about butterflies and they thought I was nuts.”

The story got back to the commander and after that Callas was confined to base.

But that didn’t put an end to his collecting butterflies. So determined was he to get butterfly specimens that he recruited some Vietnamese children and taught them how to catch butterflies for him. In return, he gave them cans of C-rations, which they brought home to their mothers, many of whom worked as camp cooks and cleaners.

“I had my whole little army of kids who brought me butterflies,” he says. “At first they’d bring them in their pockets, pull out this mangled piece of beautiful jewellery.”

He taught them how to kill them instantly by pinching them in the thorax.

“When you see a butterfly going by you would catch it and fold the net over the side so can’t fly out,” he explains. “Then you can put a jar in there or you pinch it in the thorax and instantly they have gone to butterfly heaven with no pain.” 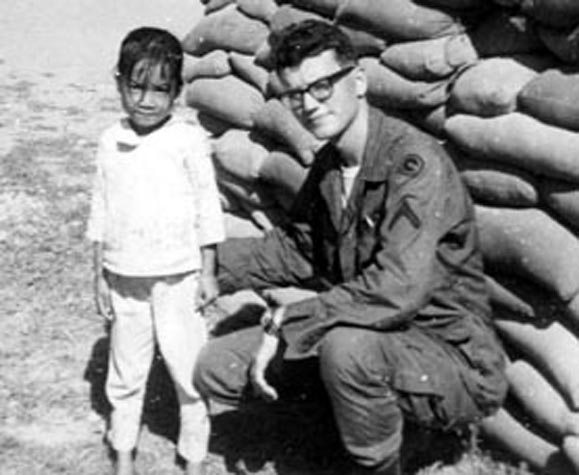 The children brought back fabulous-looking butterflies which to this day he has in his collection pasted into frames. In his collection of 500-some species there’s the Chinese map butterfly, glass butterfly, butterflies that look like snakes, others dead leaves and owls. All these adaptations have helped them to survive their main predators – birds.

Callas is happy to be back on his feet with his “trusty butterfly net” after a transformation of his own. He received a treatment for Multiple Sclerosis in India that is not yet performed in Canada. It was 23 hours in the airplane for a 23 minute procedure, he said. But he’s out of his wheelchair and now uses a cane to hike around his property searching for and solving the mysteries of butterflies. 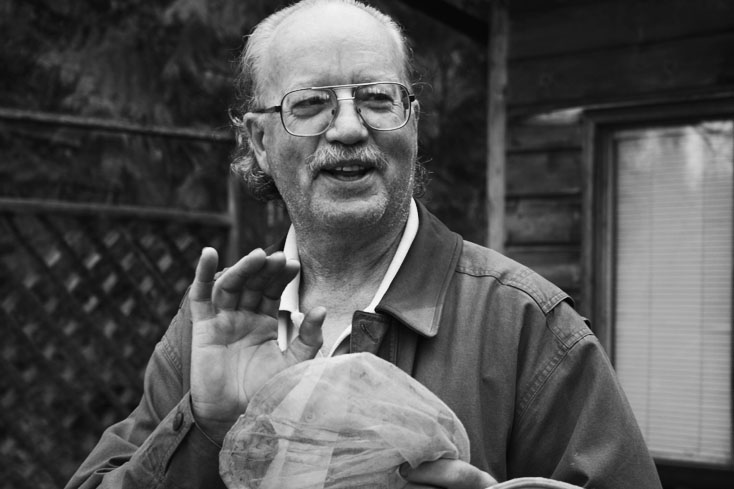 One thought on “The Butterfly Man: tales from Vietnam +VIDEO”