Winter in the Wilderness 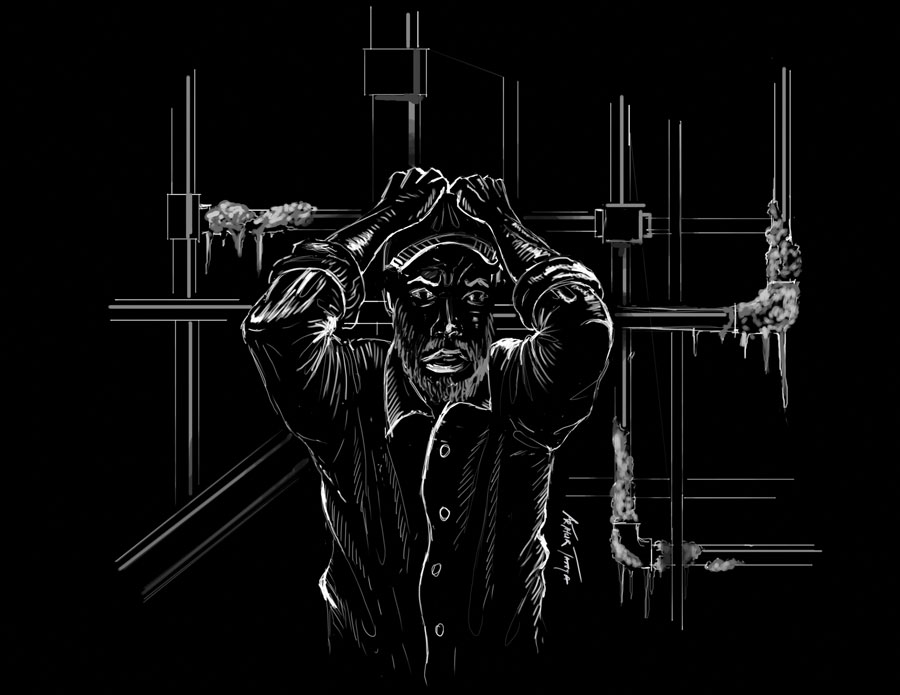 When you see the words “Winter Survival,” you conjure up images in your mind of Ranulph Fiennes walking across the Antarctic or mountain men and women spending months trapped in sub-zero temperatures. As I sit here, racking my brain about all the many winter adventures I have been on and deciding which would be the most worthy of writing about, the one that would guarantee me a place in the winter survival hall of fame, it has dawned on me that not one compares to the struggles of daily winter life we faced here in our cabin when we arrived in 2017. I could tell you tales of trudging through waist deep snow and camping on -30 degree nights with makeshift shelters but all would fall short of our first winter in Dome Creek.

We moved here in July of 2017 full of excitement for our new cabin life, our very own piece of the Canadian wilderness. I knew winter could be cold here so I started bringing in firewood almost as soon as we arrived. Having filled the woodshed, I was sure we would be able to get through our first winter. Mother Nature had different ideas! The burst pipes in the basement should have been a good indication that our cabin wasn’t insulated quite as well as it should have been, but I put this down to it having sat empty for the last four years. As soon as I lit the fire I thought it would warm the place up a treat, or so I thought. What actually transpired was that if the outside temperature dropped below -20, then anything more than 15 feet from the fire that had anything to do with water froze almost immediately: water pipes, washing machine and even my water filter system. Of course, there was always a first time for each different appliance freezing and with that would begin my search for said problem.

I awoke one Friday to no running water. My first thought was that a pipe had frozen in the basement. I went to investigate and after 30 minutes I came to the conclusion that the well must be the issue. I wrapped myself in multiple layers and headed outside to the well. After inspecting it, I eventually worked out that the pressure switch had frozen shut. I threw my ladder down the well and climbed into the watery depths. I stripped the pressure switch and with lighter in hand melted all the frozen parts. I put it back together and presto, it worked. Problem solved. Not quite; I should have known things are never quite that simple for me. When I returned to the house there was a rather large puddle of water in the basement. This puddle of course was coming from behind one of the only areas that had been dry walled. After several minutes of head scratching and hoping I could rectify the issue without removing the wall, I reluctantly started to dismantle the panel, very delicately with a hammer. With the wall removed and the pipework exposed, it became apparent to me that the soakaway pipe coming off the bathroom toilet had frozen and split at one of the joints. This was confirmed when I heard the toilet flushing upstairs and water began to spray all over me.

I was a little frustrated. Some might say I was even grumpy. Anyway, I patched up the joint nonetheless and then very cleverly poured hot water down the pipe until I heard the ice blockage clear. Problem two solved. Onto the next one, which I discovered when attempting to use the washing machine. One thing I have found whilst living here is that if the water stops running and I turn it on again, then the first minute or so the water comes out looking rather rusty. I think this is due to a high iron content in the water and the filter being backflushed. With this knowledge, I decided that I would run the washing machine empty to begin with to clear the crappy water out of the pipes. I set the machine to a quick wash, pressed the start button, and nothing happened. Very quickly I discovered the water intake pipes that connect to the washing machine had frozen. I thawed them out and again hit the start button, and it fired into life.

At this point I went back upstairs, as I needed a very well-deserved cup of tea. Having calmed my nerves and feeling ready to take on the washing pile in the laundry room, I again ventured into the basement to begin the washing. Only to discover that the washing cycle hadn’t completed. It was still full of water and making funny noises. I realized that the discharge pipe was frozen. I emptied the machine of water by hand with a jug, then refilled it with hot water which unblocked the discharge pipe. I’m wishing at this point I had checked the soakaway pipe that the washing machine empties out into but alas that is hindsight. Instead what can only be described as an indoor fountain began to erupt, covering me and everything in the laundry room in water.

The joys of living in the “great white north.” You have to remember, due to the cold, the fire had been chewing through wood at an alarming rate and it was the beginning of January when we ran out of wood completely. This is when my daily wood finding missions began. I had absolutely no machinery, so this was all done by hand, trudging through waist-deep snow on an almost daily basis.

This to me sums up true winter survival here in Canada and probably one that many can relate to. Here we are in the middle of our 3rd winter, and I can’t wait to see what Mother Nature throws at us this time.