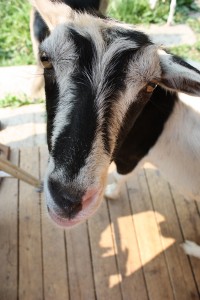 Just down the hill from where Angeline lives with her German Shepherd Sasha in Dunster is a pit in the earth. Something dug a hole, and now the dog has dug it up.

Angeline, who doesn’t want her last name used, wades through the waist-high plants on her property. The plants obscure the view down the slope, where she spotted the cougar that killed one of her 5-month-old goats.

“That’s where he buried the guts,” she says pointing at the pit. “This is where it dragged the poor baby.”

She was away berry picking last week and brought the dog along for her own safety. The goats were used to having free range over her property, and she hadn’t seen a cougar nearby in years.

When she returned from berry picking the young bottle-fed goat was gone, and the remaining goats were huddled on her porch. The dog found the guts buried just paces from her driveway.

Then she caught sight of it: the sandy backhide slinking into the bush. She camped out in the loft above the goat shed with her gun that night, but it didn’t show.

She was lucky the cougar didn’t do more harm. A few days after she lost the goat, she was inside her cabin and heard the mama goat’s distressed bleet, this time for her other 5-month-old kid.

“The cougar had her right outside my window,” she says.

She let out Sasha and the dog scuffled with the cougar into the bush. Angeline put the goats inside her own cabin to keep them safe.

The young goat that survived the pounce still has the marks on its back.

“There’s a tooth or claw,” she says, running her hand over a black bump under the coarse white hair of its back. “There’s one mark, then there’s more.”

The goat was not seriously injured and the dog is unharmed. Now, next to the goat pen is a green metal trap, set up by conservation officers after Angeline reported the incident.

“When he steps on that, it’s supposed to release that platform and then the door bangs shut at the back.”

Inside the cage bees and flies buzz around what looks like porcupine meat.

“It’s still here,” she says. “It’s waiting for a baby to be vulnerable.”

She says the Ministry of Fish and Wildlife are returning with a team of dogs.

No one at the Ministry was available for comment as of press time.

Angeline says her neighbours are aware there are cougars in the area, but they have not had any altercations.

Her property is surrounded by Crown land on three sides. She has neighbours below her on the slope, but not in sight.

“I live in harmony with the animals as much as possible,” she says. “They have a right to be, but I figure this little space is mine.”

She says her goats are pets and don’t deserve a terrible death. 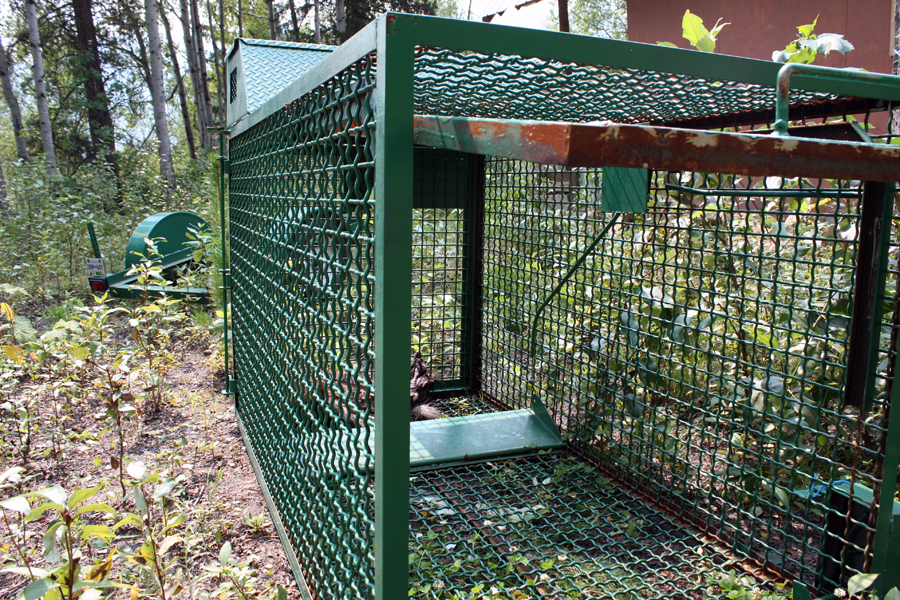