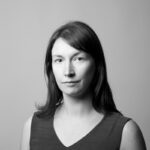 When I considered what to write in an editorial this week, a number of ideas came to mind, but the most timely one was air quality. This past week, 2.5 particulate matter rose to almost 300 on Jan. 11th and 286 and 278 on two other nights. While we don’t notice it as much at night, we are still breathing in that polluted air while we sleep. Our kids are especially susceptible. Their organs are still developing and they breathe in more air relative to their body weight. There is also a studied correlation between poor air quality and heart attacks in older adults, it can damage lung capacity and it aggravates asthma symptoms. Bottom line, it ain’t good. But what do we do?

While researching this editorial, I came across an editorial written by former editor Andru McCracken that stands as well today as when we published it in 2019. And I think our legislators in Victoria need to hear it again, since little has changed in two years. In the COVID-19 era, we know our legislators are able to make rapid changes in the name of health. The big question is: do they care to do so when it only impacts rural constituents?

Valemount has an extraordinary air quality problem. We have the worst air quality in the province, and we’re putting the region and our province on the map. In red. Geography, weather and available heating methods have conspired to create a toxic situation.

Thankfully, it is easily fixed.

Some background: Valemount’s pollution is not the fault of industry. On cold winter nights when the air quality is the worst, the problem is caused by smoke from people’s homes.

Asking people to switch to a cleaner fuel is stupid. Asking them to season their wood, or to build a wood shack is stupid. Living in our valley is like living in a teepee that doesn’t have a flap to open to let the smoke out. Slight reductions won’t help when the flap is closed. It’s a weather inversion, and it happens in our valley each night.

Heating with propane? Heating with electricity? Clean, sure. But these are options for people living in super-insulated homes or for people who have money to burn.
In Valemount, reliable heating fuel is available for free, right outside our doorstep. We live in the forest, so we burn wood.

The Province is now encouraging us to do better and promising help. I hope we don’t see another public education gambit, dubious attempts to ‘raise awareness.’

You don’t try and educate people about fire safety when their house is on fire. You break down the door, pull the people out and douse the fire.

My gut feeling is that, left to Province’s usual devices, there will be workshops on clean burning (which few attend), and pamphlets about the risk of smoke (which people will use to start a fire), and we will all die of emphysema by the time there is a measurable impact.

If we had access to natural gas like so many other communities there would be no issue. People here, like everywhere, are equally thrifty and lazy. Give them convenient heat at a reasonable cost and they will pony up for it. But we don’t have the thrifty, easy option of natural gas. Plumbing every home for natural gas, digging up every residential alley, and installing appliances in every home is no quick solution, and it’s nothing close to being less expensive than propane. It’s not our solution.

We need to do the opposite of what the Province and BC Hydro has done with 2-tier hydro. We need to incentivize heating with electricity when air quality is bad in Valemount. We have the technology, thankfully, with smart meters. We know how much electricity every home uses every hour, we also have constantly updated meteorological data, and air quality data. When air conditions are poor, we issue a stop burning order, and implement the emergency rate. The rate applies to additional electricity used by a household for the duration.

How do we ensure people stop burning during those times? Simple, fines. If there is an affordable, accessible option, there is no excuse to jeopardize the health of the community.

No doubt, many people will be sore that they can’t burn when an inversion is suffocating the town, the same way smokers were sore when they could no longer pollute schools, then restaurants, then bars. The reality is public health trumps the right to burn, but only when the other options are not crushingly oppressive.

When the Province considers the ramifications of exposing an entire population to poor air they will find the missing electricity revenue. It’s in the health budget.

We don’t need to wait to see a spike in respiratory illness and death to confirm this. We shouldn’t have needed the Walkerton Water Tragedy of 2000 to ensure municipal drinking water is safe. In Valemount, young kids, the sick and the elderly shouldn’t be made to suffer needlessly.

As a community we have carried water for the Province on the hydroelectric file for 50 years. We gave up a rich fertile valley for their hydroelectricity scheme. Daily, we export our resources, water and timber, without any expectation of return. Surely, on this we can get a break in the interest of our health.

There is a tendency to blame the victim, to blame our community for the problem, to blame the people that find burning wood is the only affordable way to heat their home. But without better options, that blame doesn’t do anyone any good. The province has offered help. They can show they are serious by implementing an emergency hydro rate this winter.