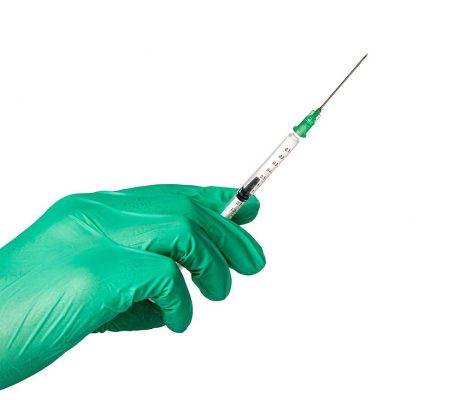 The first few doses of the Pfizer vaccine arriving next week in B.C. will immunize health care workers on the front lines in the fight against COVID-19 as well as long-term care workers.

While it may be the first signs of hope following a dismal year, the end of the pandemic is a long way off according to B.C. public health officials.

Just under 4,000 doses arrive in the province next week at two sites—one in Vancouver Coastal Health and the other in the Fraser Health region. After that, tens of thousands of doses are expected in the coming weeks, and higher numbers of doses expected to be received by the province in January 2021.

Health Canada approved the Pfizer vaccine for use in Canada Wednesday morning, the same used for the first time ever in the U.K. this week. The vaccine, manufactured in Belgium, is the first of seven Canada has contracts to acquire. The Moderna vaccine is also expected to be approved for use by Health Canada and will be the second to arrive on Canadian soil by the end of the year.

With the doses expected between now and the end of March, close to 400,000 people in B.C. are expected to be immunized.

“That is not enough to stop this pandemic. It’s not enough to prevent transmission in our communities widely and stop the pandemic in its tracks. Having said that, I think once we get past March and we get more vaccines and different vaccines in higher numbers, that’s when we are going to be able to reach that threshold,” Henry said. ” But right now our focus is on saving lives and protecting our healthcare system.”

The first to be immunized in B.C. will be those working in long-term care and on the front lines of the province’s COVID response and in acute care facilities. Residents of long-term care are also prioritized under B.C.’s immunization plan.

Following the first wave of immunization, the province’s priority is to inoculate seniors over the age of 80 and immunizing at-risk populations — those with health conditions and living in shelters as well as the homeless population and remote and isolated Indigenous communities.

“I think British Columbians are going to agree with us that protecting the lives, particularly of our elders, is the priority right now, and others who are most vulnerable and that is the guiding ethical principal that we’ve been acting on in all of our measures and that will be the case here,” Adrian Dix, Minister of Health said. “It’s not a reflection on anyone’s value in society.”

Next in line for vaccines will be health care workers and front line workers like paramedics, firefighters, police, teachers and grocery store and food processing workers. Those doses will also take age into account, as it is the largest risk factor related to COVID-19, with priority given to older people.

“I expect everybody is going to say ‘where am I on the list?’ and that’s an issue. But the reality is we have limited doses of vaccine. It’s not going to be at the level where it’s going to prevent transmission in certain settings,” Henry said.

“It’s going to save lives in the first instance and we’re going to protect people in the front lines in the healthcare system and that is a benefit to everybody. It means we can stop outbreaks in our acute care system and also make sure that we’re there to provide care, to provide surgeries and all those for everybody else.”

However, the good news comes with some caveats: public health orders restricting social gatherings will likely be in place for some time.

“We are still going to need to use all of our protections. Reduce our social interactions, keep our safety measures in place at work, in the community, cleaning our hands, wearing masks staying away from others if we’re ill up until we get a much more widespread immunization and protection from vaccine. So we’re looking at having a good summer, I hope,” Henry said.

It remains unclear when public health orders will ease up, but immunizations to long-term care will allow the province to eventually make some changes “to make lives better for people in long-term care,” Dix said.

The Pfizer vaccine comes with some challenges including the need to be transported and stored sub-zero temperatures. This will limit public health’s ability to move the vaccine from the site where it arrives initially.

“We don’t yet know how long the protection from the vaccine lasts, or from infection for that matter, but evidence really does show these two vaccines, the Moderna and Pfizer vaccine, are very highly effective. They’re in the 95 per cent protection range,” Henry said.

The Pfizer vaccine will not be recommended for use for people under the age of 16, pregnant women and those with compromised immune systems.

The province is aiming to have 30 sites available by 2021 to distribute the vaccine.

The vaccines, which are the fastest ever created in human history, employ a new technology called messenger RNA.

“This is really an exciting part of what we have seen move forward, these types of vaccines have been used for other vaccine development particularly around Zika and rabies. Though the amount of time and effort and brainpower and money that has gone into developing them this year has really sped the process along,” Henry said.

The vaccines contain the genetic coding material for the spike protein of the virus. The genetic code is separated from the virus, synthetically produced and wrapped in a lipid nanoparticle—a technology developed by scientists at UBC.

“This is a very exciting new technology and I personally think it’s going to revolutionize some of the respiratory virus vaccines like the influenza vaccine in the future,” Henry said.