Richard McBride, the man whom the town of McBride was named for, was a vocal white supremicist who introduced racist policies that disenfranchised immigrants and people of colour, and that has life-long McBride resident Pierce Longuskie, thinking what to do about it.

Longuskie, who is currently attending the University of Victoria remotely, said that changing the name of the Village of McBride could be expensive and time consuming, and probably not the best use of scarce resources, but he hopes to approach the Village to add a plaque acknowledging the problematic views of the community’s namesake.

“He did do some good things,” said Longuskie, “But the community shouldn’t celebrate him.”

“I didn’t realize he was one of the main figures in not allowing Chinese immigrants and almost condoning violence against them.”

Sir Richard McBride, born in 1870, served as Premier of British Columbia from 1903 to 1915 and died in 1917. He worked to remove lands from Indigenous people and restrict immigration against Chinese and Japanese people and was elected to office in a campaign that catered to white supremacy.

“We should review the history and distance ourselves from that legacy,” said Longuskie.

Longuskie said he doesn’t want to remove the picture of McBride, just add information about what McBride did.

Well-documented problems
Henry Yu, a professor of history at UBC said that there is plenty of material to show that Richard McBride actively encouraged white supremacy.

Yu said when people think about history, they often claim that the past can’t be judged based on the present.

Yu believes a person’s actions can be judged based on what was going on at that time.

“Was he just a product of his time? No. He was actively pushing an agenda.”

Yu said some people imagine that everyone in the era was racist and their views were merely a product of their time, but he said McBride ran a campaign to close immigration to Chinese residents.

“In running for premier, he fomented a political campaign of Asian exclusion,” said Yu.

“What we think of the past is how we chart our future together. The principle is, ‘where are we going together as a society?’”

“He gave momentum to a movement. He didn’t invent the movement, but that doesn’t absolve a political leader in the past.”

Yu said revisiting how we think about public figures is good.

“The good things about these processes [although] they can be divisive, create reaction and pushback, it asks us to engage with, confront, recognize our past and make a set of decisions about our future.”

“The past has happened. You can’t redo the election. He became premier using a vicious campaign of white supremacy. But this allows us to say, ‘Who are we now? Who do we want to be?’” 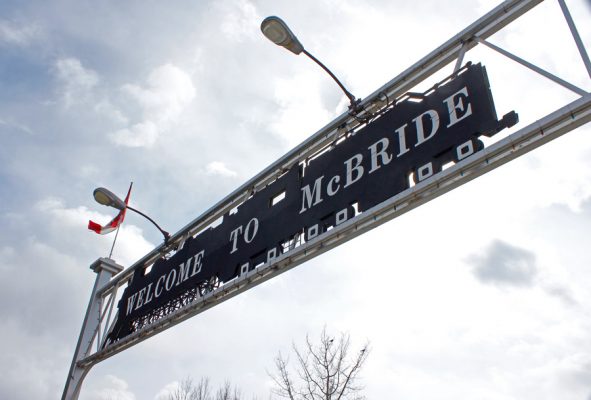 Reaction so far
Longuskie said he is getting mixed reactions so far.

“Generally from younger people the response is more positive. From older people, not so much.”

“I feel the vast majority of people in McBride are very reasonable. There are the people who have certain views that are quite problematic. They are not the majority, but they are a very vocal minority.”

Longuskie said he is ‘somewhat’ concerned about the response from residents.

“I know it is not going to go over smoothly with everybody holding hands in the end, but it is something that should be done,” he said. “For my own selfish reasons I want to be from a town that I am proud of.”