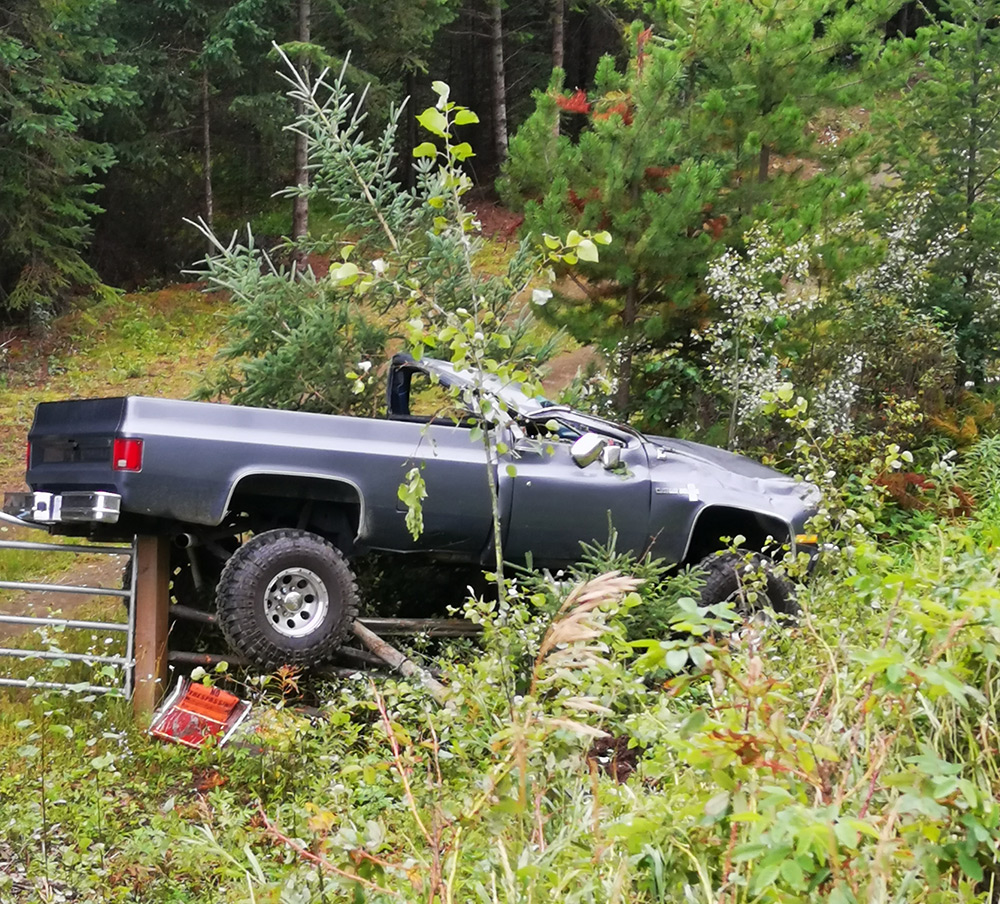 Stephanie Price was headed out with her husband and some friends to check out potential camping sites down Kinbasket Lake when she came across a driver in a grey older model Chevy Truck coming towards her fast in her lane.

It was at a particularly treacherous corner at 6k at about 3 pm on August 31.

“Luckily I wasn’t going very fast or he would have smucked us,” said Price. She noted he had a beautiful grey pitbull in the back of the truck.

When they returned to town, she saw the truck hadn’t stayed on the road long.

Her friends jumped out of their vehicle ahead of her at about 4.5 km and they slid down the bank to see if anyone was hurt or they could help. The same Chevy had left the road and was high centred on a gate post. The roof and hood were smashed in.

“He’s lucky he didn’t go further up where it just drops out,” said Price.

The driver and dog were nowhere to be found.

Corporal Jake Joslin of the Valemount RCMP detachment said the owner of the truck was later issued a ticket for “Drive without Due Care” and “Fail to Remain at Scene of Accident”, both of which are $368 tickets