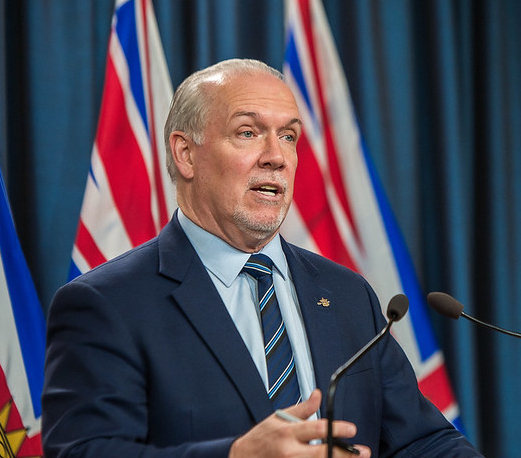 After wrestling ‘mightily’ with the decision, Premier John Horgan announced an election for Oct. 24, citing the instability of the minority government and the ‘great divide’ between the B.C. Greens and the New Democrats on important matters.

“We need a stable government to go step-by-step through the challenges as they emerge,” Horgan said. “Not to be hamstrung by uncertainty about whether a bill or an initiative of government will meet the muster of a minority parliament.”

The New Democrats formed an alliance with the B.C. Greens following the last election in 2017 allowing the NDP to form a minority government.

What’s known as the Confidence and Supply Agreement (CASA) committed the Greens to supporting the government on non confidence votes (typically, Budget legislation and the Throne Speech), which have the power to dissolve government if a majority of votes are not cast in favour of the legislation.

Outside of those circumstances, the Green caucus could vote freely. In return, the New Democrats committed to moving forward on several issues of the Greens’ agenda, including the adoption of Clean BC and the appointment of an Innovation Commissioner. CASA also stipulated an election could not be called until it was mandated in October 2021.

“There is nothing in the confidence and supply agreement that says that we have to obey, or that we have to agree with absolutely everything that the NDP put forward,” said Sonia Furstenau, Leader of the B.C. Greens.

So they didn’t. The B.C. Greens opposed and amended Budget legislation in March and halted two pieces of legislation this past summer.

“The challenges of partisanship within the legislature will always be there,” said Horgan. “But particularly this summer, it was clear to me that there is a great divide between the two sides.”

The tipping point for Horgan came with the Mental Health Amendment Act which would have empowered healthcare professionals to keep youths who had overdosed for up to a week of observation, which would allow time to arrange treatment.

“I’ve talked to parents who’ve lost children, and if only they had had an opportunity for clarity in a medical setting,” said Horgan. “Not in a juvenile detention center, not being taken away from their parents, but under medical supervision. That was what we were seeking and it wasn’t accepted by the legislature.”

The B.C. Greens opposed the involuntary aspect of holding the minors. The Representative for Children and Youth, the BC Coroner, the Union of BC Indian Chiefs and the First Nation Leadership Council also registered concerns with the proposed measure.

The Greens asked the government to consult with the experts and return in the fall after having addressed their issues, Furstenau said at a press conference today.

“We made it very clear to government that in addressing those concerns, we would support this legislation,” she said.

“The evidence speaks differently,” said Horgan, referring to an amendment the B.C. Greens made in March to block the government from being able to approve additional spending (without approval of the Legislature) for a three month window following the end of a public emergency.

“I’ve struggled mightily with this decision. And it did not come easy to me,” said Horgan standing in a backyard of his Langford neighbourhood on Sept. 21. “The stability that I believe we had over the course of our minority government is not as strong as it was when we began.”

When CASA was signed, Andrew Weaver, MLA for Oak Bay Gordon Head, was Leader for the Greens. Weaver has since stepped down as leader, left the party, and sits as an Independent.

Despite the consequences of her party’s opposition, Furstenau stands by their decisions.

“I think it’s unfortunate for the Green Party that they’ve been so badly double crossed by the NDP,” said Liberal Opposition leader Andrew Wilkinson.

“We do not need the cynical, self-serving, selfish move by the NDP to trigger an election right now,” Wilkinson said. “We need to worry about the health of our families, about the school system, about employment, about whether or not we’ve got a job by Christmastime.”

Horgan said he is proud of what the minority government has been able to accomplish with the Green Party, but that these are unprecedented times with uncertainty around every corner, and British Columbians will be living with COVID-19 for the foreseeable future.

“The challenge for us is, do we have a government that will be in a position to respond… decisively in the interest of British Columbians?” he asked.

“I’m not confident we have that today,” Horgan said. “That’s why I’m asking British Columbians to give confidence in the next government by having an election.”

MLA Shirley Bond has announced that she will be seeking re-election on October 24 but could not be reached by press time.