When Kim Nordli arrived at work on Friday to see hearts taped throughout the front entry it hit her pretty hard.
“I felt it, then I got a little teary eyed,” said Nordli.
Nordli was the first to work at the Valemount Health Clinic.
“It was a really nice way to come in for our last day of work at the end of the week and feel that community love,” she said.
The paper hearts bore messages of gratitude and support.
Nordli said it’s great to see love spread in a way that doesn’t spread the virus.
The clinic wasn’t the only place to get heart bombed. Seniors and paramedics reported similar sights. //ANDRU MCCRACKEN

DJ on the street 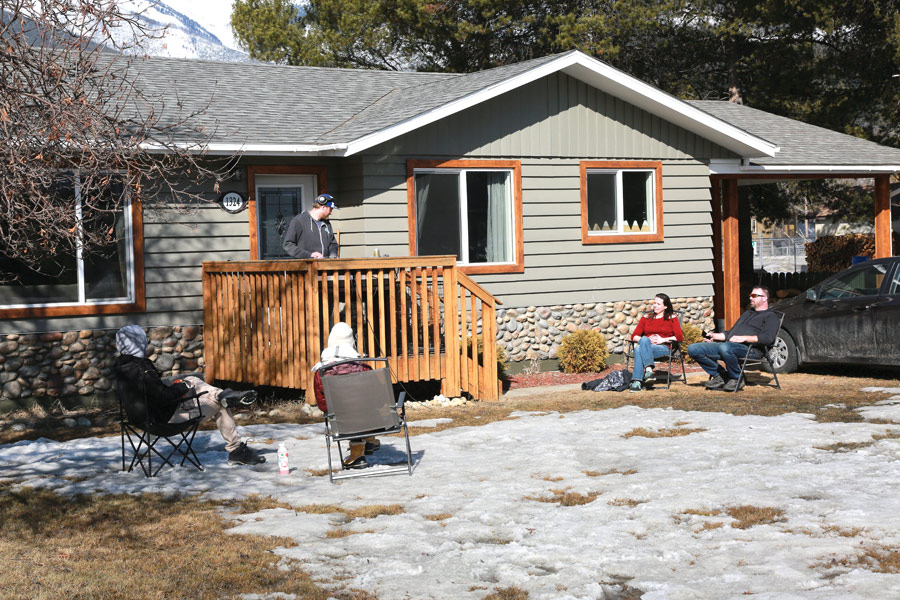 Jayse Aspey got creative March 21st to help reduce boredom of people stuck at home. He set up his 4-foot speakers outside his home on 7th avenue in Valemount and parked his DJ equipment on his front stoop. Then he got the tunes rockin’. “The intent was just to give people something to do during these times, do something fun for the community,” he told the Goat. He had posted on social media asking if area residents would be ok with the music, and got a positive response. He also posted saying he didn’t want people gathering, but rather enjoying it from their homes. That said, a number of people came by for a closer look, keeping a safe distance from others. Aspey said he received many messages thanking him and only one noise complaint so he counts it as a success. He used to be a full-time DJ when he lived in Whistler, doing everything from weddings to nightclubs across BC. Now he just does it as a hobby and goes by his usual name – DJ Jayse Aspey. //LAURA KEIL

Last time on the swings 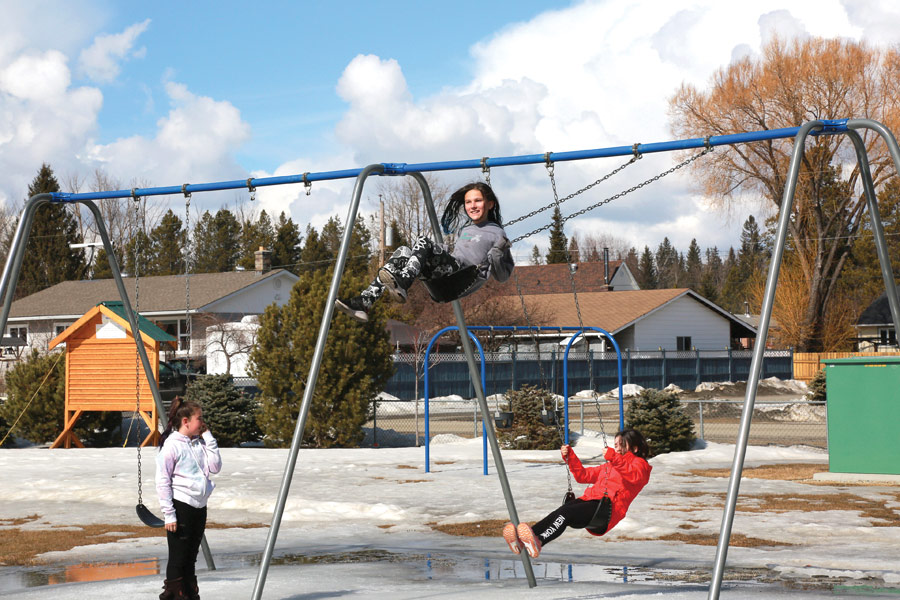 Emily, Arrayah and Mackenzie have been using their sleeves to avoid contact with playground equipment, but new measures announced on Monday and Tuesday, will mean they can’t play on the swings any more.
Mackenzie was wise to coming changes. “We’re playing here now because we may not be able to later,” she said.
The girls said they are practicing social distancing by staying in their clique and not going to stores too often. 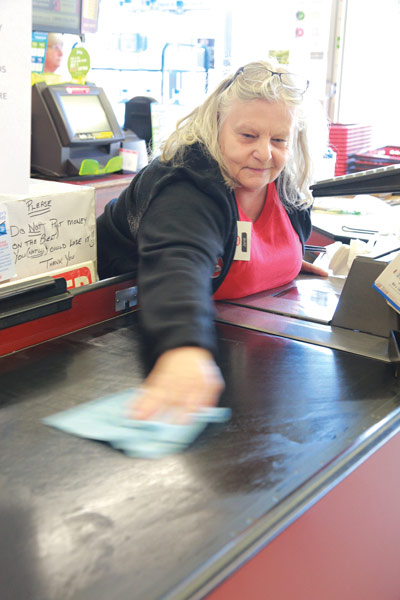 Both IGA in Valemount and AG foods in McBride are offering special shopping times for seniors and those who may be immune-compromised. McBride AG Foods has opened their doors from 8-9 AM on Mondays and Thursdays, specifically for people who are immune-compromised and are seniors, to allow them this hour to do their shopping. Between 7am and 8am Wednesdays and Fridays, those shoppers can come into Valemount IGA before the regular public. IGA has also introduced one-way aisles to prevent people from coming too close to each other. The stores have also ramped up cleaning protocols.