In the biggest funding year ever, the Columbia Basin Trust’s Community Initiatives Program is expected to give more than a half million dollars of funding to 15 groups.

17 groups had applied for funding. One group didn’t show up to a required meeting and another group’s application was denied.

Chair of the adjudication committee Eugene Jamin said that the committee wasn’t instructed to necessarily award all the funds, but they were advised that it was possible the program may not be renewed and that the funds would no longer be available.

Jamin said that there was a request to hold money back for a future project, but he said, the committee could only consider projects on the table.

“We had to look at the proposals and make a decision on them,” he said.

The only project that wasn’t funded was an application by the Valemount Learning Centre to purchase a shipping container growing system that would have been able to provide fresh leafy greens to the grocery store and local restaurants.

Judging by the questions asked by the committee, their concerns appeared to be collaboration with other local producers.

Council was set to ratify the committee’s recommendations at their regular meeting on Tuesday, March 25. 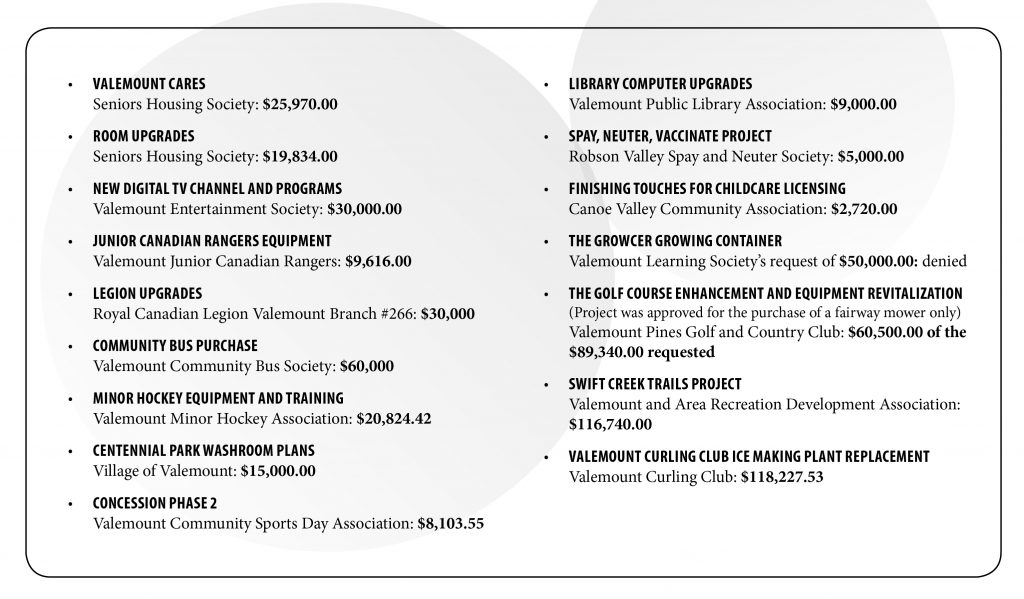