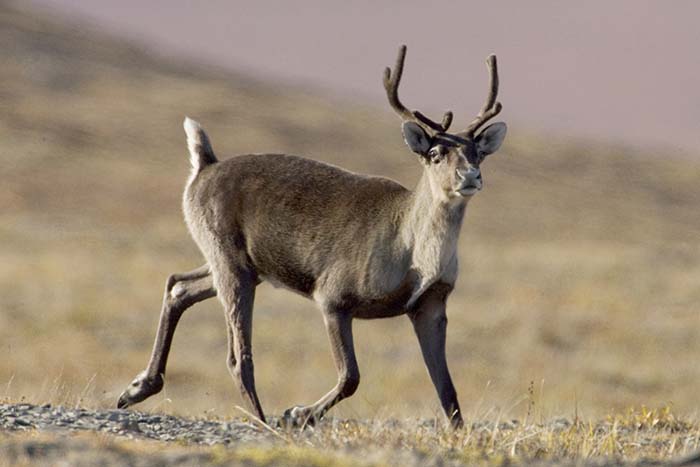 McBride’s Mayor Gene Runtz is calling for more than consultation regarding the federal and provincial action on caribou; he wants McBride to be included as part of the solution.

“Let’s get people working with the caribou,” said Runtz, “Then the interest comes, it gets to be a way of life and it’s shared around the community. The way the government is doing it isn’t going to work.”

Runtz said that the efforts of the Moberly and Saulteau First Nation point the right direction using maternal penning and predator control.

The Saulteau and West Moberly First Nations have been singled out as partners in a bilateral conservation agreement with the federal and provincial governments.

“Can we save these caribou in the context of irreversible climate change?”

“Over the past four years, together with the West Moberly and wildlife experts, we took a herd that was down to 16 animals, and we have slowly brought it back up to about 80 and growing. That is the most successful caribou recovery program ever, anywhere in the world…”

The Saulteau also have the constitutional right to hunt and manage caribou herd as part of Treaty 8. They banned their members from hunting decades ago because of their decline.

Runtz lauded the program, and wants a similar program based in McBride.

“We have caribou all the way around us here, instead of continuing to lock things up, a lot is going to have to happen,” he said. “We’ve lost so many jobs. Now we are going to be working to protect the animals from here.”

Valemount Mayor Owen Torgerson said he supports the idea of local intervention and local research, but he is concerned about the potential impact of closures.

“If they are thinking of access restrictions, the village will be looking for compensation to more efficiently go down the path of conservation,” he said.

Regional District representative for the Canoe and Robson Valleys Dannielle Alan wonders whether the species can be saved.

“Can we save these caribou in the context of irreversible climate change?” she wonders. “I’d like to see these millions of dollars go into other areas that will help us cope with what is coming in the next 10 to 15 years.”

Runtz said hopes that the government will be clear about what the local impact of their plans will be.

“People care about their jobs and living out in the bush is a way of life. Snowmobiling, biking, skiing, horses, all these happen out in the bush. Everyone of those things is tentatively threatened at this point, if they are not a problem let us know that,” he said. “If they are going to cut more of the logging tell us.”

“I encourage everybody to read the section 11 report and the MOU report, come and ask questions for a basis of knowledge,” she said. “We’re not a bunch of dumb hicks. We shouldn’t be at the end of this process. There are intelligent thoughtful people who want to be a part of the conversation.”