A January 15 meeting to discuss housing needs was well-attended. Housing has been a hot topic in Valemount as housing prices and, more specifically, land prices continued to rise this year.

Presenters Silvio Gislimberti, economic development officer for the Village of Valemount and Rashmi Narayan, the chair of the village’s housing committee, laid out their work so far and ran through some high level details of possible solutions.

The committee also presented three possible locations for affordable housing projects in the future, one to the east and south of the high school, another near the public works yard (field south of the community hall), and another in the vicinity of John Osadchuk Park.

Members of a number of organizations connected to housing spoke about their roles and answered questions from the public.

Narayan said that early results from the poll show there is broad interest in affordable housing but that 80 percent of the respondents were interested in an ownership arrangement, as opposed to affordable rentals. 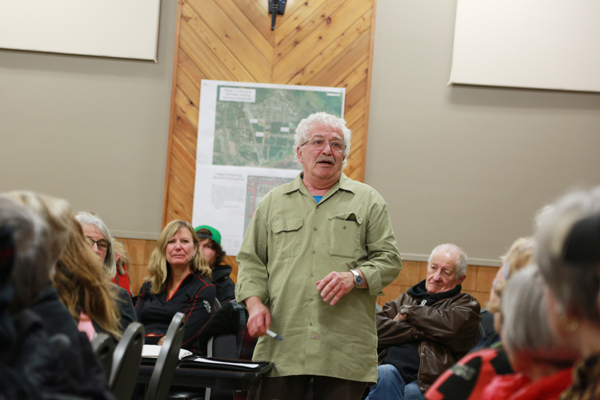 Gislimberti also mentioned there are a lot of people living alone in single family dwellings.

The next big housing meeting open to the public is a design charrette on February 24 at 7 pm.

Design charrettes are a way of engaging citizens, stakeholders, decision makers and design professionals to build a vision and design concepts.

Interestingly a design charrette held in Jasper last year for a seasonal staff housing site next to the railway track incorporated sound attenuation including a 2.5m barrier and set-back from the tracks.

Organizers said the charrette was chosen as a tool for planning and public engagement because it enabled a process that built social connections; established shared knowledge; and leveraged existing community assets. 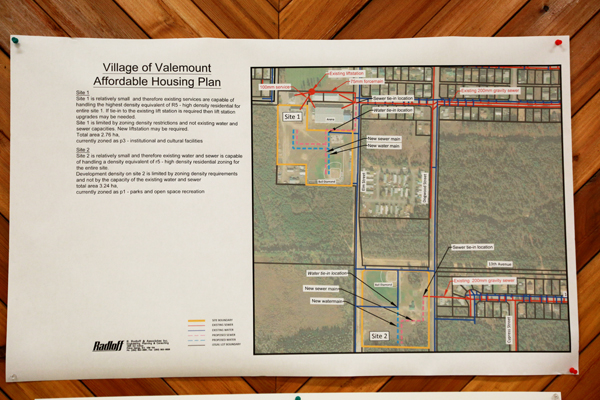